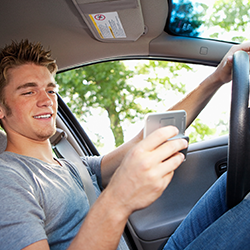 For adolescents and young adults between the ages of 16 and 25, by far the most frequent causes of premature death are automobile accidents. This frequency is especially high among young drivers who have recently received their licenses and are from 16 to 20 years old. Furthermore, the accident and fatality rate among such drivers would be, and is, elevated under conditions in which they attempt to text and/or make calls on their cell phones while their vehicles are under way. Regarding these circumstances, several additional relevant facts are clear as well: (1) even for highly experienced mature adult drivers, attempting to drive while texting or cell phoning under heavy-traffic conditions elevates their accident rate considerably, so much so that organizations such as the American Automobile Association and other federal government agencies have issued warnings and/or bans against texting and hand-held cell phoning; (2) because of fundamental limits on human multitasking capacities, nobody is immune to the dangers against which such warnings are made; (3) driving while texting is at least as dangerous as driving while being illegally intoxicated; (4) because of teenagers’ relative inexperience at driving, the aforementioned dangers are considerably greater for them; (5) nevertheless, because of their relative inexperience at judging the dangers of various circumstances, combined with their proclivities toward media multi-tasking, adolescents (and young adults) perhaps frequently choose to text or cell phone while driving; (6) though accurate statistics about the latter matter are not yet fully available, these undesirable prospects seem quite likely. The questions then become: What can be done about all of this? How can adolescents and novice drivers be trained to fully appreciate the extreme dangers of texting and cell phoning while driving? How may they be motivated effectively to act on such knowledge and thereby absolutely refrain from these extremely dangerous behaviors? The Texting and Driving Work Group is seeking useful answers to such questions and ways of implementing them as best possible for protecting young and novice drivers as well as the public amongst whom they drive. 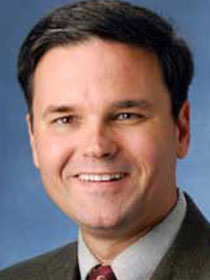 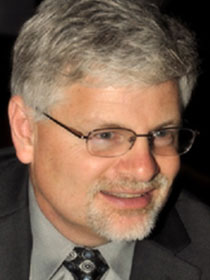