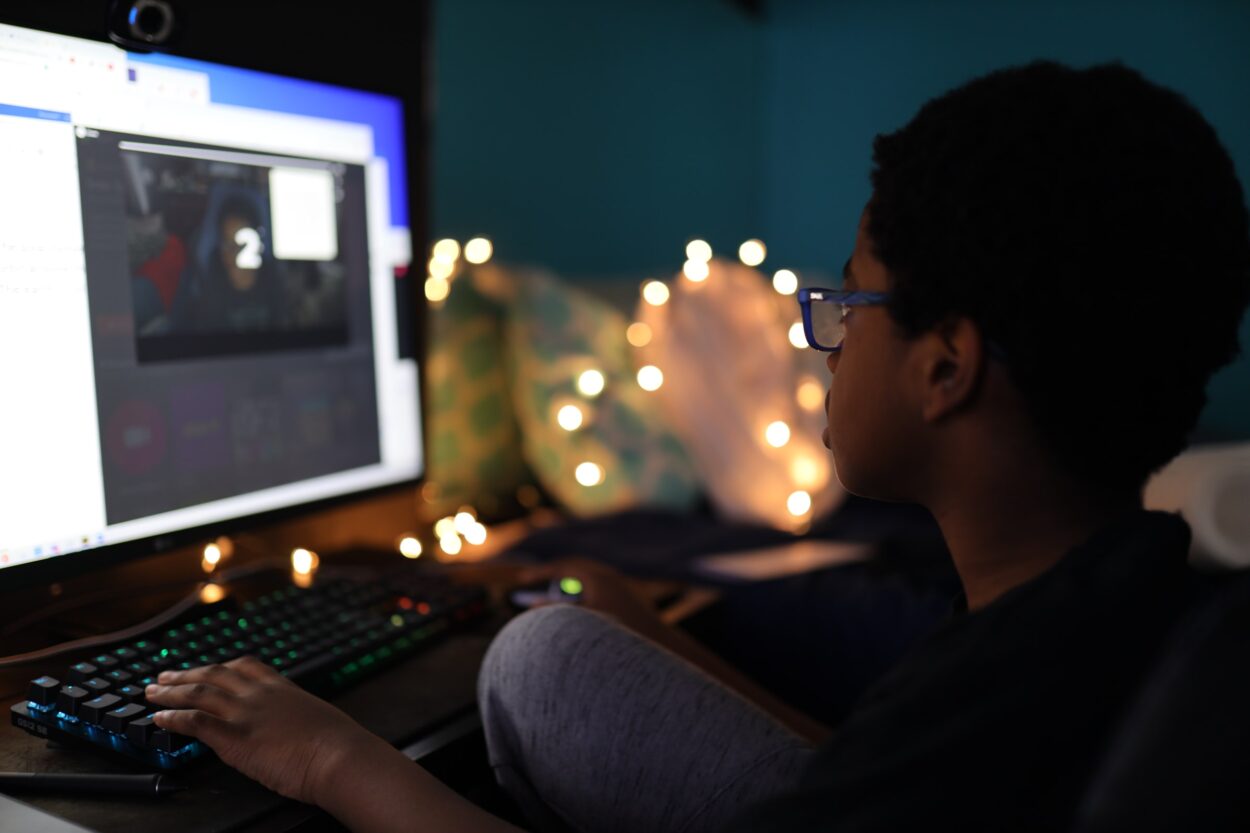 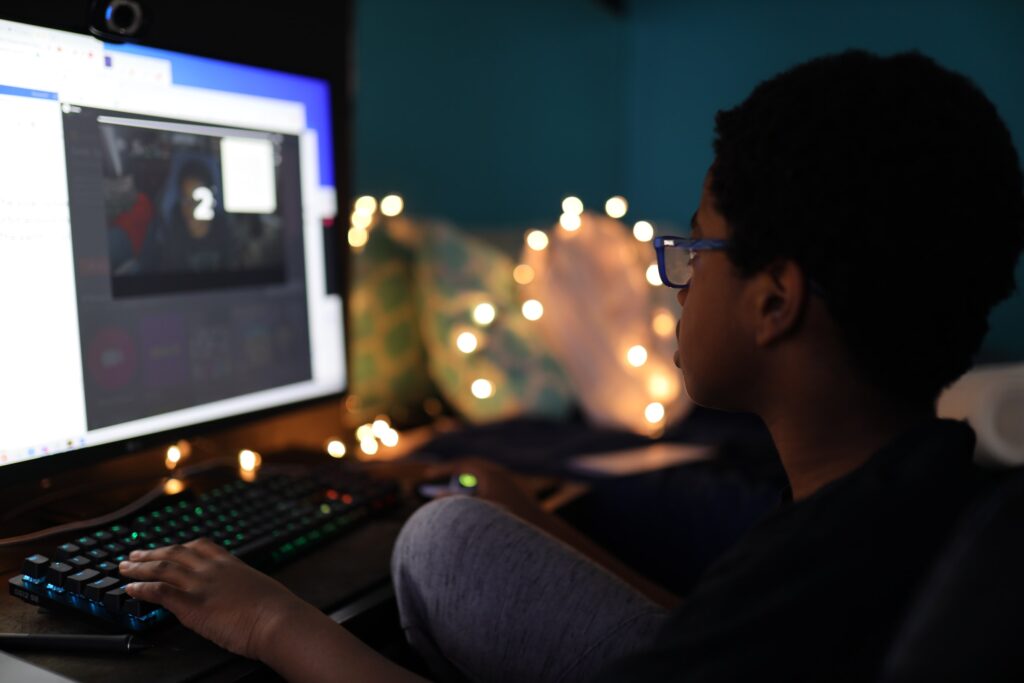 A new Chinese gaming law, implemented on September 1st, 2021, prohibits any child younger than 18 from playing video games during the school week and limits them to no more than one hour per day (from 8 PM to 9 PM) on weekends and public holidays. These regulations also severely limit micro-transactions, which are in-game purchases that gamers can use to advance their gameplay. Under these new laws, any child between the ages of 8-16 will be allowed to spend roughly $31 per month; 16-18-year-olds are allowed $62 per month. This law is part of a larger effort by the Chinese government to implement broad restrictions on video games and their parent companies. For example, a recent policy shift by the National Press and Publication Administration, China’s gaming watchdog, restricts approval of video games based on content, including heavily limiting depictions of gay relationships and morally ambiguous choices for players. This followed a heavy slowdown in the licensing approval process by the same agency as part of the efforts to combat video game addiction.

These recent regulations, as well as China’s general approach towards gaming, are animated largely by research showing that video games are associated with mixed outcomes amongst gamers. Video gaming addiction, professionally known as Internet Gaming Disorder (IGD), is a particular concern among Chinese experts. Professor Zhang Jintao of Beijing Normal University, a China-based expert in the effects of IGD on children, noted that IGD and excessive internet use, in general, is a serious problem for Chinese children. He believes this has been further amplified by the COVID-19 pandemic, during which the latest studies show that more than one-third of Chinese children increased their use of the internet and engagement in internet gaming dramatically. Increases in time spent gaming causes adverse effects on the health of children, such as bad eyesight, lack of exercise, and sleep deprivation. Indeed, according to a study conducted by the Chinese State Council, over half of the children in China suffer from Myopia, a condition they believe has been compounded by a lack of outdoor activity and excessive screen time. Professor Zhang also noted the serious strain that excessive internet gaming can put on familial relationships between addicted children and parents trying to curb their gaming time. While gaming can confer benefits such as increased attention spans, increased visuospatial skills, and a general increase in cognitive control when done in moderation, Professor Zhang added that the gaming times of many Chinese children has clearly exceeded moderation, and are actively harming their health. These regulations, therefore, should be understood as part of an attempt to deal with the public health impacts of excessive internet gaming, which President Xi has called “a major issue related to the future of the country”.

The new gaming laws have generally been well-received in China, with parents expressing relief for keeping their children’s screen time under control. This reflects a general antipathy towards video games in China, with beliefs in the negative effects and addictive potential of video games far stronger than in the United States; also, the widespread popularity of the video gaming law seems to be in accordance with the Chinese population’s general perception of the Chinese government as a legitimate leading force in dealing with social issues such as excessive gaming. While many underage gamers are finding ways to circumvent the gaming restrictions, such as through rental accounts or the accounts of their relatives, many children are complying with the measure. In fact, in recent weeks, the popularity of sports and tabletop games has significantly increased. The major video game companies have been cooperative in the implementation of the policy, bearing the majority of the burden of enforcement, which entails embedding a government-provided identity verification service (using full names and ID numbers) into the log-in page and ensuring that only adult users who pass verification can use the service outside the designated underage use times. Since underage gamers account for only 1% to 5% of their annual revenues, they are unlikely to feel heavy financial effects, a fact reflected in the fairly consistent value of their stocks after the implementation of the restrictions.

While these regulations may seem overbearing and excessive to many Americans, they are merely an extension of a consistent policy by the Chinese government over the last two decades to regulate gaming. Full names and government IDs, along with limits on playtime, have been in place since 2019, and restrictions on emerging gaming industries date as far back as 2000.  This policy should thus be understood in terms of continuity rather than change. In our view, the restrictions were not, as is sometimes claimed, the product of a “moral panic,” but instead reflect a consistent concern by the Chinese government regarding gaming addiction and its adverse effects (especially the aforementioned rates of myopia among Chinese children), which is a concern shared by countries around the world. Additionally, it is important to note that the Chinese government’s public health campaign and law are aimed not only at video games, but are tied to other government initiatives such as combating excessive schoolwork, cram schools, and excessive obsession with idols and other celebrities, all of which are threats to the physical and mental health of Chinese children, according to Professor Zhang. As he explained, “Chinese children are exposed to relatively high academic pressures with limited stress relief, which causes them to be susceptible to excessive use of the stress relief methods they do have, including internet games. Limiting internet games is only part of the effort to solve this problem.”

Moreover, while it is an open question even among Chinese observers whether these restrictions are too heavy-handed, the idea that the government should take an active role in giving children a healthy developmental environment is itself uncontroversial. Discussion of the regulation by state media in China and independent commentators alike have emphasized the need for cooperation between the government, parents, teachers, and gaming companies to help children. The regulation is seen as only one part of the effort, which in no way precludes media literacy efforts and more granular efforts by parents, teachers, and other figures closer to individual children. Professor Zhang sees the regulation as only supplementary to such literacy efforts and other efforts to improve the lifestyles of children and promote healthy use of the internet; indeed, without these main efforts, he expects that the regulation will ultimately fail to resolve the problem of excessive gaming, much as it has failed in South Korea. Implemented by South Korea in 2011, their gaming laws and regulation failed to meaningfully reduce gaming times; youth gaming rates decreased by only 0.3% after the implementation of the law, and the law was stepped back in 2020.

Naturally, privacy concerns are common for any policy such as those having to do with gaming, which requires users to submit personal information. These concerns are mitigated by the fact that the government handles the data collection and processing, which means that the industry does not handle the full set of personally identifying information, and is thus less likely to abuse it. Additionally, more draconian and invasive identification measures, such as facial verification and other biometric measures, are seen as too risky in the case of a data breach and are thus disfavored by the industry. While many legitimate criticisms may be leveled against these restrictions and China’s general approach to technology, the broader cultural and societal context should always be kept in mind when evaluating these policies.

Finally, the US can draw several lessons from China’s gaming policy. Firstly, we should learn more from the idea than from the specifics of the policy. Implementation of a nationwide time limit is politically unfeasible in this country and is likely impractical to implement. Enforcement of the Chinese gaming restrictions requires cooperation from many parts of society, including parents and gaming companies, and it seems unlikely that American parents and gaming companies would be as cooperative as their Chinese counterparts. Trust in the US government nears an all-time low, and parents continue to take lax measures even as they voice concerns about their children’s gaming. It seems unlikely that parents would change their practices on behalf of a government they do not fully trust. Whether the regulations would be effective anywhere is thus an ambiguity that will only be resolved as the Chinese policy plays out, although initial results give cause to be optimistic. The question of government intervention in general, however, is a more open question. Efforts by various countries, such as Belgium, to clamp down on practices such as the use of loot boxes have been effective and popular with the public. Similar laws were proposed in Congress, although they have yet to be passed, and they bear significant promise as a gentler way to help reduce video game addictions and other problematic practices. In the meantime, US observers can draw useful lessons from the experiences of China and other countries in deciding what degree of interference is best for the protection of children.