Who Has a Problem With Internet Use? Screening for, Assessing and Diagnosing Internet and Gaming Addiction 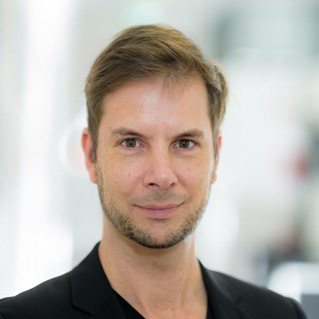 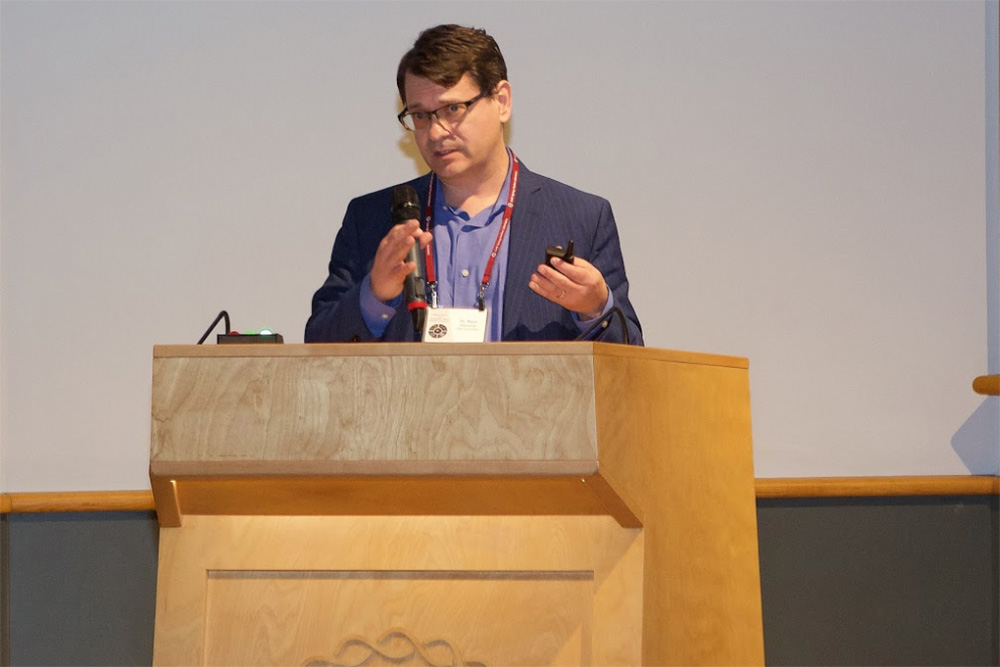 Dr. Potenza: Prof. Nancy Petry, who passed away earlier this year, was a major figure in this field.  She participated in DSM-5 and ICD-11 work and made major contributions, with respect to behavioral and drug addictions, in the field of temporal discounting and treatment development.  She will be missed.

Behavioral addictions, including internet addiction, are among the most controversial diagnoses.  For example, some in the media describe internet or gaming addiction as a moral panic. A national clinic for problem gambling in the United Kingdom is offering its services now to people with online gaming problems.

Some scholars report that there exists insufficient evidence to conclude that gaming disorder should be a formal diagnostic entity.  Others (including from the World Health Organization) believe that it is important to define criteria for gaming disorder and include it within the ICD-11.  The $100 billion-a-year gaming industry has voiced its opposition. Daniel King organized a consortium of approximately 100 individuals to respond to the industry’s statement.  The parallels to the tobacco industry in the 1990s (when executives denied, under oath, that their products were addictive) raise questions about corporate responsibility. The European Union and other groups around the world are trying to organize available information and bring groups together around this issue.

Pornography is one of the areas of internet-related behavior raising concerns.  Like gaming, it is within a $100 billion industry. Data suggest that an increasing percentage of children ages 7-10 are viewing internet pornography.  There are also data suggesting that pornography viewing is exerting consequences with respect to real-world phenomena such as erectile dysfunction, sexual arousal templates, and expectations within dyadic relationships.

There is a strong case for more research, especially given the current structure of the NIH.  The NIAAA and NIMH focus on drugs, alcohol and mental health. Behavioral addictions as such may fall through the cracks.  This structure impedes efforts in the United States to improve prevention and treatment, and the implementation of a public health approach to the problem. 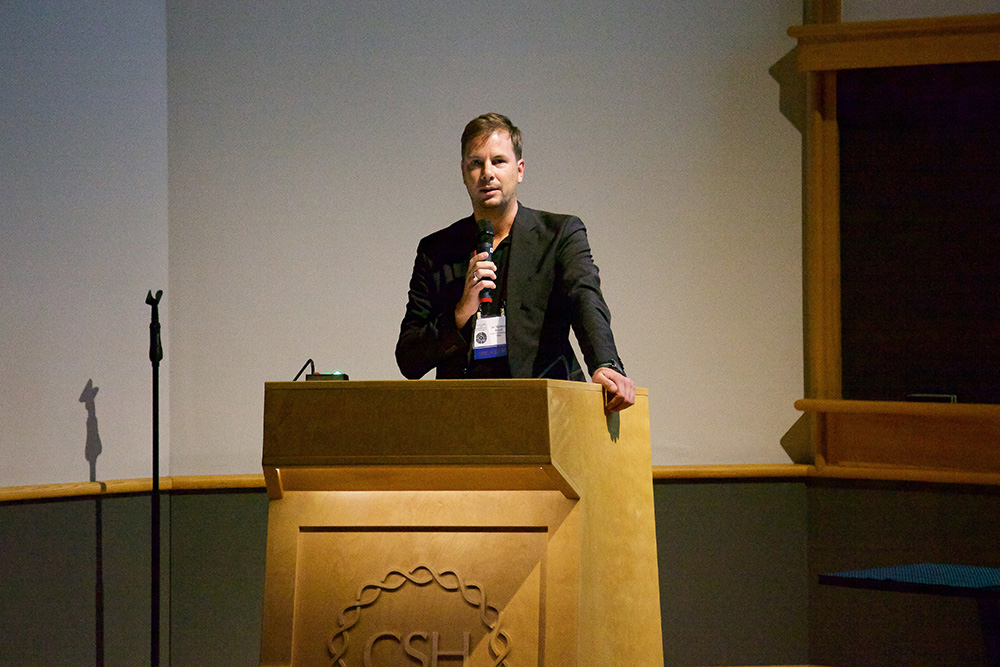 Dr. Brand: Internet addiction research began in 1995.  Kimberly Young wrote an influential book on the subject in 1998.  Brand and colleagues Davis, Dong, and Potenza followed with their work on the cognitive-behavioral model of pathological internet use, with a distinction between generalized and specific types of internet addiction and, eventually, more particular focus on internet gaming disorder.

Most of these models fit well with what we know about substance use disorders, and more specifically, with the dual process approach.  In the addicted individual, there is a conflict in the brain between desires and urges from the limbic system, and cognitive control over these urges and desires from the dorsolateral prefrontal cortex and other brain regions.  Within the addiction process, the limbic system-related impulses may become stronger and controls may become weaker over time.

Integrating psychological and neurobiological considerations in the so-called I-PACE model yields an appealing theory – that there are factors that predispose people to develop and maintain symptoms of internet use disorders.  This has two principal elements. The first concerns predisposing attributes.

There is evidence implicating genetic factors and psychopathological correlates (depression, social anxiety, and ADHD symptoms).  There is also literature on links to personality features or general tendencies (including high impulsivity). The correlations are typically small to moderate.

These predisposing variables might explain why some people are more vulnerable than others, but they might not entirely explain how the addiction process works with individuals.  Also, it is unclear whether this is evidence of causation, in either direction; an interaction between two domains; or just an association in which neither set of factors may be causing the other.  These open questions lead to the idea that there is something – a combination of subjective situational perception and affective and cognitive responses to digital media use – mediating between a person’s predispositions and their development of symptoms of internet use disorder.

The forms of digital media associated with addictive behavior share certain key characteristics.  They are widely accessible, have affordance character, deliver reward, employ intermittent reinforcement, and offer an escape from the stress and hazards of real life.  They also offer opportunities for discovery of new worlds.

Not only gaming and gambling, but also pornography, shopping and social media-style communication, may lead to addictive use online.  Each of these media gives the user a reward. That is the first step in the addiction process. It produces pleasure or relief from stress.  It leads to the formation of expectancies. Habits, automatic responses (“cue reactivity”), and cravings follow, as do neural adaptations.

The term “addiction” should be used cautiously, in accordance with three criteria.  First, there must be clinical relevance (that is, research showing correlation between the behavior in question and the symptoms of some disorder).  Second, the addiction framework must be the best explanation for that particular phenomenon. Third, there must be adequate empirical evidence (that is, more than one or two studies showing functional impairment).  In the best cases, there would be support from a mix of subjective, interviewing, neuroimaging, or physiological data. 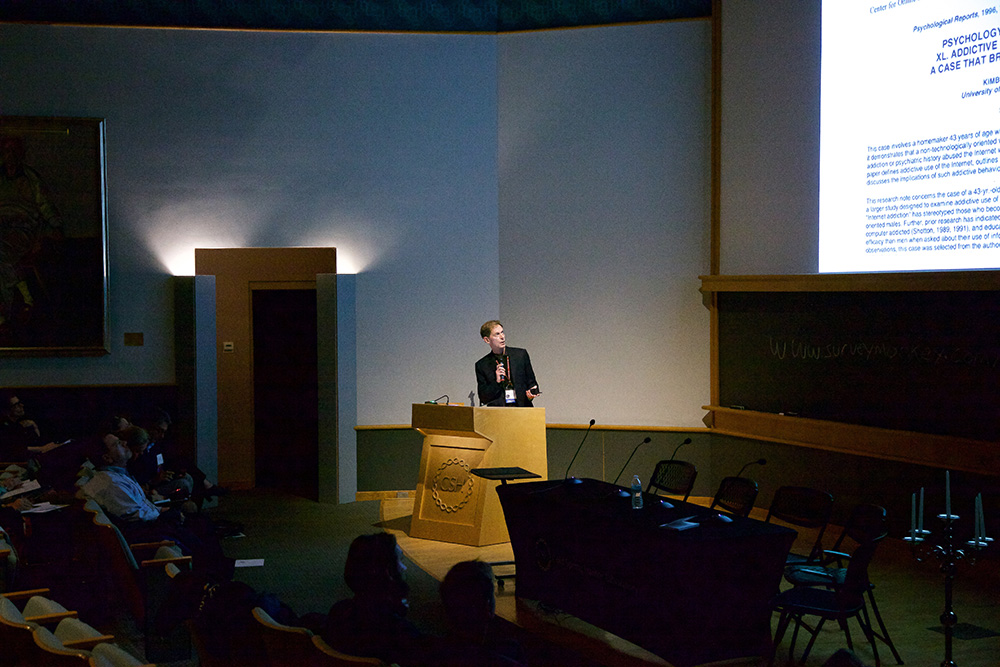 Dr. Rumpf:  From a modest beginning in the mid-1990s, the amount of scholarship on internet addiction has grown substantially.  Internet gaming disorder was identified as a condition for further study in the DSM-5 in 2013, and gaming disorder is scheduled to be included in ICD-11 in 2019, with the World Health Assembly ratifying the ICD-11 in May 2019.

The DSM-5 lists nine diagnostic criteria for internet gaming disorder, of which five must be fulfilled.  These are:

The ICD-11 diagnostic criteria have two components.  The first has three elements: (i) impaired control over gaming, (ii) increasing prioritization of gaming over other life interests and daily activities, and (iii) continuation or escalation of gaming despite negative consequences.  The second component of the ICD-11 standard is that the behavior pattern must be “of sufficient severity to result in a significant impairment in personal, family, social, educational, occupational or other important areas of functioning.”  Normally, whether the behavior is continuous or episodic and recurrent, the expected behaviors and other features would present themselves over at least a 12-month period to justify a diagnosis (but a shorter may suffice if all the criteria are satisfied and the symptoms are severe).

Many assessment instruments are being developed for use in this area.  A recent literature review found approximately 45. Most appear in the literature only once.  (The IGDT-10 is one example of an internet gaming disorder assessment instrument using the DSM-5 approach).  These instruments are typically screening questionnaires, consisting of between 5 and 20 items. They are not diagnostic measures. Clinical diagnostic clinical interviews are needed.  The World Health Organization has an initiative to develop a “gold standard” screening and diagnostic instruments for gaming disorder and gambling disorder, comparable to what that organization developed for alcohol use disorders. 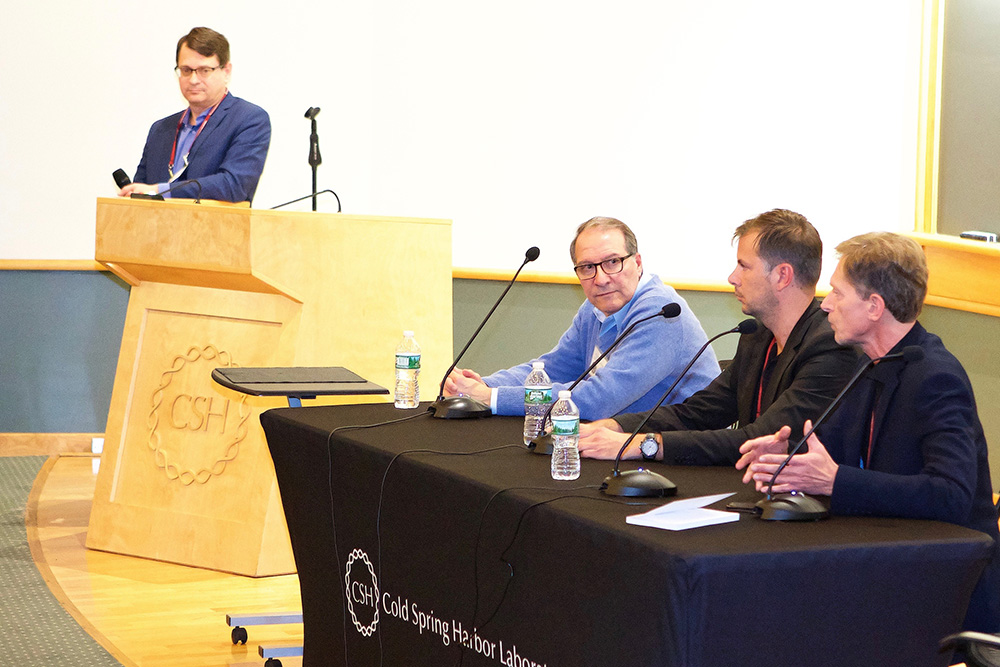 Dr. Borges:   How prevalent are internet gaming disorders?  The answer depends on which studies you look at.  There are numerous studies from which to choose, using divergent definitions of the disorder, sample sizes, study designs, and analytical methods.  There are also meta-analyses with estimates of prevalence of internet gaming disorders ranging from about 0.3% to 50%.

One methodological flaw is common among these studies.  The DSM-5 lists nine diagnostic criteria, but also calls for clinically significant impairment or distress.  The ICD-11 manual will require significant impairment in personal, family, social, educational, occupational, or other important areas.  Most of this research only counts criteria – symptoms – without also looking at their clinical consequences. Four US studies illustrates the significance of that methodological limitation. Using only those four data sets, just adding up diagnostic criteria yields prevalence rates of 1.2% – 2.8%; however, making the diagnosis in the presence of impairment reduces those rates to the range of 0.32% – 1.0%.  That is, taking not only symptomatology but also impairment into account, roughly between one-in-five and one-in-three people who satisfy at least five of the nine diagnostic criteria for internet gaming disorder are actually going to get it. The study in Mexico is finding a similar effect when actual impairment and symptomatology are combined – 4.2% prevalence using mild or severe impairment as an additional criterion, and as low as 0.16% using very severe impairment.

We need precise and agreed-upon definitions in order to accurately determine the prevalence of internet gaming disorder.  These include definitions of internet gaming disorder itself, and of what constitutes being a gamer. With the new ICD-11 criteria, the usefulness of future prevalence research depends on more precise and more uniform diagnostic standards. 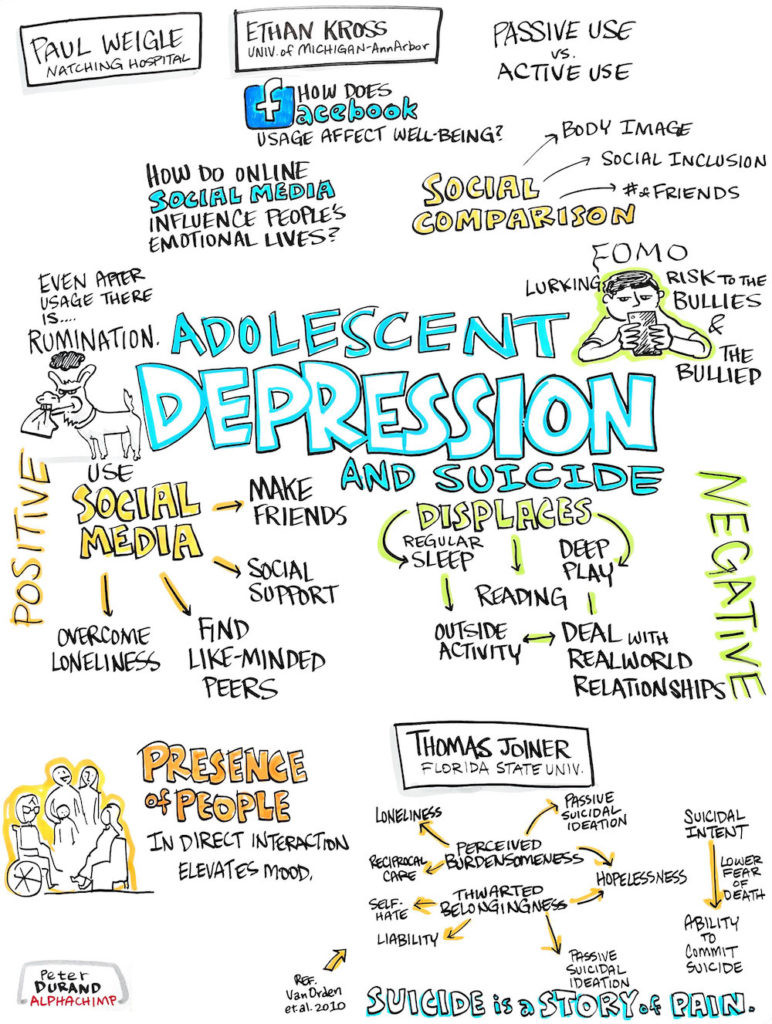 Question: (Dimitri Christakis, MD, MPH) This topic is an example of how research is not keeping up with technology.  Defining internet gaming disorder is a very 1990s-era issue. It fails to account for addictions to Instagram, Facebook, or texting.  This is analogous to studying blackjack or craps addiction in particular, rather than the broader consideration of gambling addiction as a behavior/reward system.  Within the broader concept of internet addiction, gaming disorder strikes a particular population segment as compared to Instagram or Facebook or texting, but the same pathways may be activated. Do we need to speed up or be more specific with our operational definition?

Dr. Potenza: I agree. The gaming industry continues to grow. The e-sports industry now is unlike anything seen before. It is important to study multiple areas of internet use.

Dr. Christakis: There clearly is still an internet gaming community, and it may have grown, but the point is that it’s a segment of a larger market (and a larger problem).

Dr. Potenza: It is important to study multiple areas of internet use.

Dr. Rumpf: This idea was discussed, and rejected at the time, by the WHO Expert Group.  The problem is that people differ extremely. For example, those addicted to social network sites mostly are female, while gamers mostly are male.  The best evidence we have (for defining a disorder and estimating functional impairment) is for gaming. Also, while the internet is the delivery system, the different activities conducted online are analogous to different substances that people abuse.

Dr. Christakis: With respect to behavioral addictions, gambling also has specific types that primarily appeal to women.  When you say that internet gaming is a problem with boys, women might be addicted, too. We don’t focus on it, or we don’t recognize it.  Even if it affects one population segment more than another, there’s a risk that we’re not taking it seriously enough. The medical literature is replete with examples of this gender prioritization problem.

Dr. Rumpf: You can do the slot machine or poker, but it’s all gambling.  With alcohol dependence, it’s gin, vodka, and beer. With Instagram, Facebook, and Twitter, it’s social network addiction.

Dr. Borges: There isn’t good enough literature on this to permit such specific characterization of different disorders.  Gaming is the best in this respect, aside from gambling (for which there’s a huge amount of literature). That is, the scientific information at hand is insufficient to pinpoint the other specific ways in which people use social media and the internet.

Dr. Potenza: We have to gather such information and translate it into public health, prevention, and treatment advances.  Different types and patterns of screen time are likely to have different effects (including at different developmental stages).  These considerations highlight the importance of longitudinal research, and of evaluating findings within a developmental framework.

Dr. Rumpf: Tracking the time spent on different smartphone behaviors is a good opportunity; however, time spent using devices is not a good predictor of problems.  There are kids who use their devices four or six hours a day without any problems.

Dr. Brand: It’s also not just a smartphone usage problem.  Games are played, and pornography is viewed, both on phones and on other devices at home and elsewhere.

Who Has a Problem With Internet Use? Screening for, Assessing and Diagnosing Internet and Gaming Addiction Panel from Pamela DellaPietra on Vimeo.