Technology and Laptops in Schools 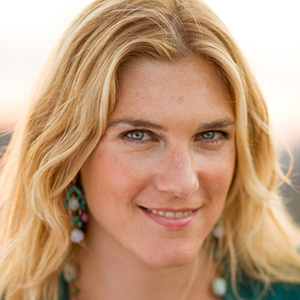 Associate Dean for Innovation, Outreach and Partnerships, Professor of Educational Leadership and Policy Analysis, University of Wisconsin-Madison School of Education 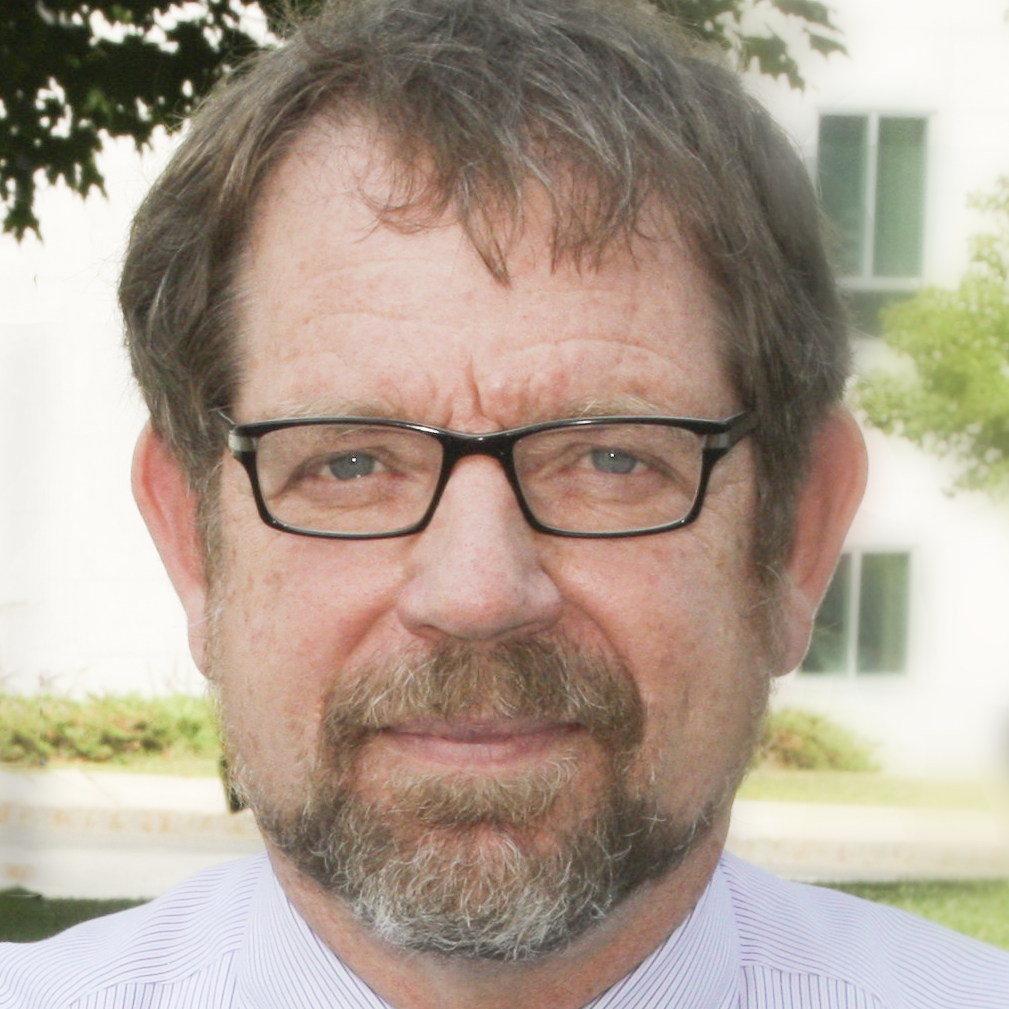 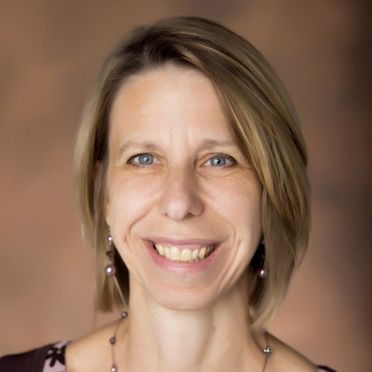 Patricia and Rodes Hart Professor of Public Policy, Department of Leadership, Policy, and Organizations at the Peabody College, Professor of Economics at the College of Arts and Sciences, Vanderbilt University 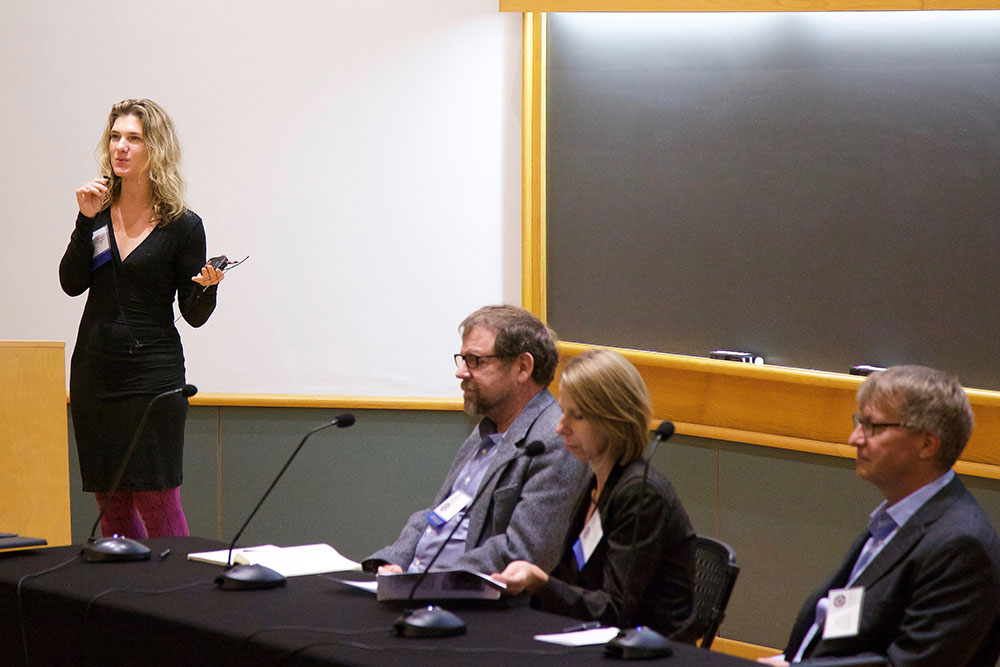 Ms. Kamenetz: Is there a difference between laptops in schools and cell phones in schools?  Yes. Laptops are the technology that we invite into classrooms. Why should children have laptops?  To paraphrase Seymour Papert, the computer is the prime instrument for intellectual work in our times.  If you don’t believe that their work is intellectual, then you’ve got a really big problem.

Mr. Hambleton: In the early 2000s, Maine’s governor used a budget surplus to fund the Maine Learning Technology Initiative.  It provided a laptop to every Maine seventh- and eighth-grader, their teachers and administrators. The program not only distributed laptops, but also wired Maine’s schools and provided teacher and leader professional development.  The MLTI expanded through Grade 12 in 2009. This program was designed not only to put computers in kids’ hands, but also to accelerate their learning. By that standard, there is little evidence of success. A 2011 math education study showed that, in a select number of Maine schools, where there was professional development and teachers implemented that training faithfully, there was some effect on standardized math test scores.  In another study, in 2014, academic impact was hard to find. Further research revealed that students’ and schools’ responses to technology reflected their socioeconomic situations.

Maine essentially achieved relatively equal technology access in its school for Grades 7 and above, but questions persisted about whether that was improving students’ reading and math skills.  In that context, a program was created to incorporate this technology initiative into the MoMEntum early (K-3) literacy program in nine low socioeconomic status, low-performing schools. Those schools received iPads loaded with learning software, and the teachers involved received extensive professional development regarding these tools’ use.

The devices in question provide teachers with extensive feedback regarding their students’ device-based activities.  As to whether or not game play is cultivating skills that are translating into the classroom, the aggregate results are inconclusive after two years. So were the results of a “similar schools” comparison using NWA data.   One study found, however, that schools with leadership and teacher buy-in felt successful. School culture and teacher collaboration improved as they worked on a single curriculum, worked vertically across grades, and talked to each other about what was happening with these technologies.  Teachers were excited about high-fidelity implementation of the literacy program (rather than just the technology aspect of that program). 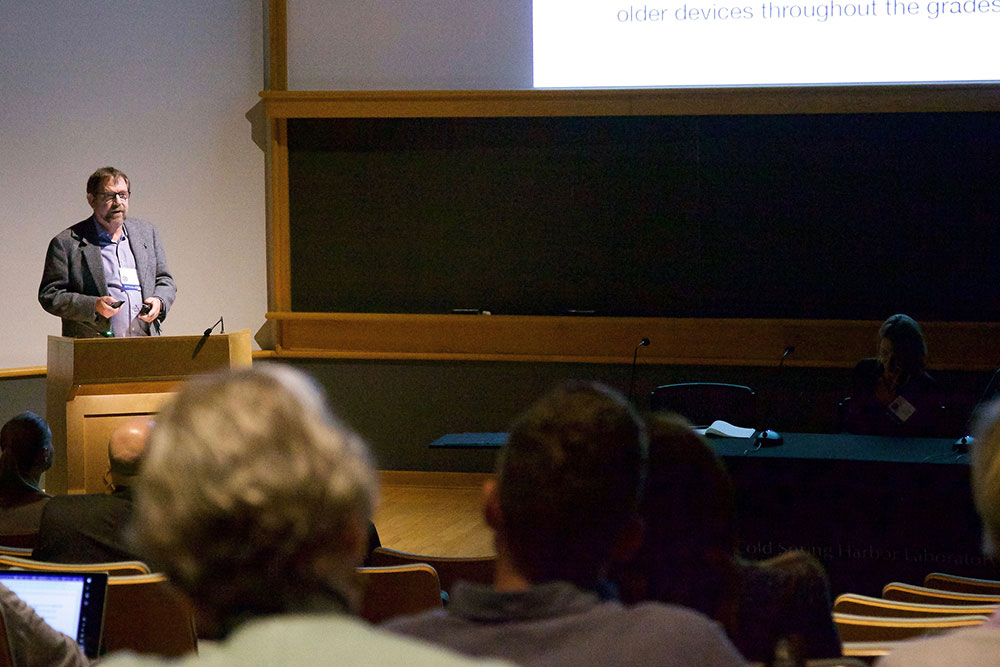 Dr. Heinrich: Technology has expanded in public schools in part because of the Federal government’s concerted effort to close the “digital divide”.  Digital learning is a broader issue than any particular device. It encompasses the use of laptops, desktops, and online resources that kids can access anywhere.  Associated with these technologies are opportunities for customizing content and individualizing instruction, and transforming the role of teachers. Purchasing these tools is insufficient.  Implementation is key. This is a challenge for low-resource schools that lack the capacity to deploy technology in ways that turn opportunities into results. Inappropriate technology implementation actually may be exacerbating, rather than closing, the achievement gap.

In that context, consider the use of computer-based instruction for students failing in classroom settings.

So, how is educational technology being implemented, in practice, to reduce inequitable access to quality learning?  What quantitative and qualitative associations do we observe between implementation and student outcomes? What are the most promising policies and strategies for making educational technology more effective?  Research involving one million student records, 10 million technology vendor records, 500 classroom observations, and 50 staff and instructor interviews in the Dallas and Milwaukee public schools is helping to answer these questions.

The evidence is variously good, bad, and ugly.  Among the good effects, reading achievement increased with tablet use for elementary school students in Dallas (especially in bilingual classrooms).  One bad effect is that technology-related problems can consume valuable instruction time. The more time lost to technology issues, the lower their predicted scores on standardized reading and math scores.

Analysis of online course-taking illustrates the ugly side of educational technology.  In high schools, kids are repeating failed classes online, in order to accumulate enough credits to graduate.  They are doing so in lab settings with high student-teacher ratios and little teacher help with challenging content, despite the fact that their poor classroom performance (and in some cases, underlying reading deficiencies or learning disabilities) indicate a need for more teacher support rather than less. 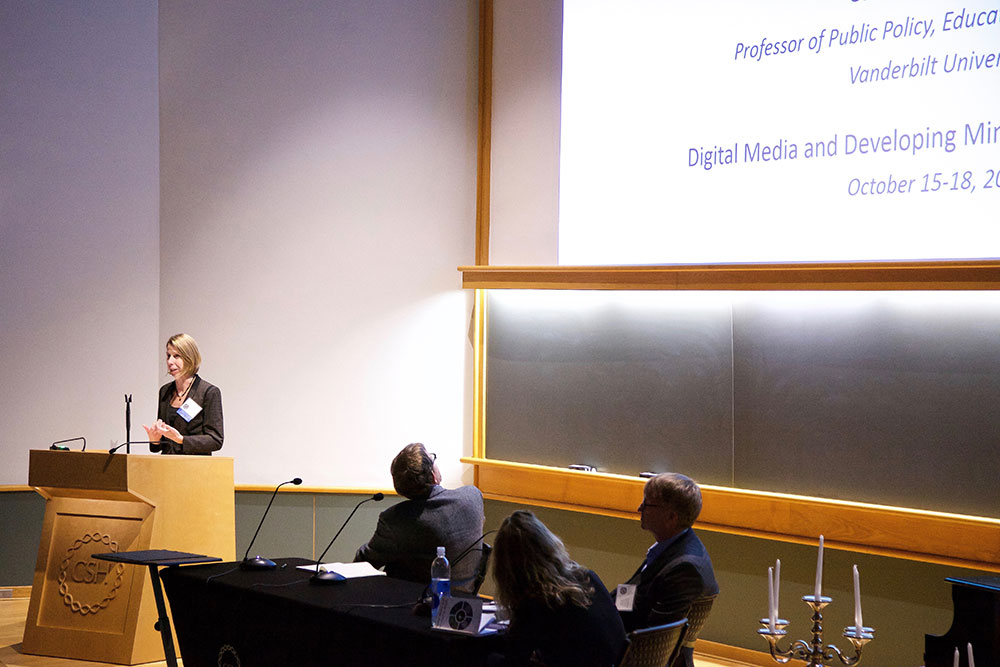 These tech-based alternative learning environments occasionally – rarely -- produce outstanding blended learning.  More often, the students shifted from classrooms to technology-based setting are working passively (for example, viewing videos), they’re receiving little person-to-person instruction, and they’re doing so in a physical and technological environment that lends itself to time off task (ranging from simple inactivity to phone use).   Data on this online course-taking experience is discouraging. The more years of online courses high school students take, the worse their grade point averages and math and reading test scores and the fewer their credits earned.

There is a neuroscientific basis for concern.  The brain regions responsible for higher cognitive functioning continue to develop through adolescence.  This points to the importance of “conversational turns” (dyadic signaling) between adults and developing children.  Such interactions strengthen connections between developing brain regions critical for language (independent of parental income and education).  This process may be especially important to children whose poor classroom performance is associated with below-grade reading ability or learning disabilities.

Simply bringing technology into the classroom does not change how children learn.  Although heavy investment in initial and ongoing professional development is indispensable, so is ample onsite tech support, to avoid losing instructional time to glitches. Digital tools and programs must be tailored to the individual needs of the students being directed to use them.  This is especially true for those with special educational needs. Finally, if blended learning is the ideal, then it must be cultivated and invested in. (The Dallas and Milwaukee study is finding high-quality blending learning in only about 5% of its classroom observations.)

Technology is being used disproportionately for the most academically and economically disadvantaged children.  This raises the possibility that those children’s challenges are being compounded, rather than addressed. If we can’t do this well in some environments, should we be doing it at all?

Dr. Halverson: For a very long time, school culture has been directed toward optimizing reading and math learning.  This differs significantly from the culture of the digital devices that young people use outside of school.  That technology has only recently entered the school space, and that space is pedagogically crowded. Looking at the culture of technology use outside of schools, are there things other than math and literacy that we can learn? 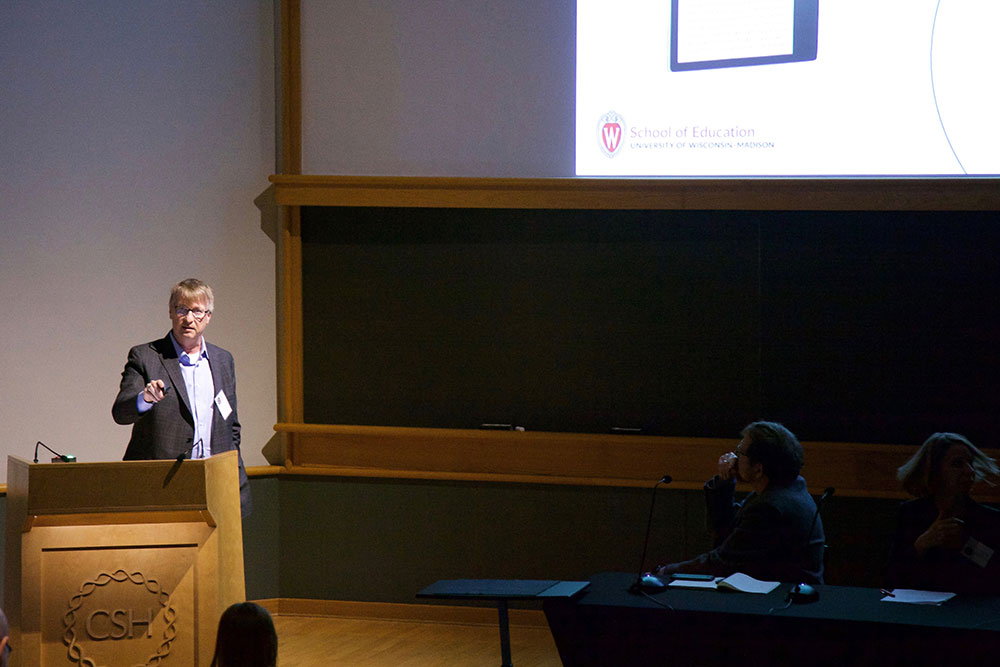 This question draws upon the distinction between “learning technologies” and “life technologies”.  A lot of the conversation at this Congress has been about media consumption or exposure. It’s reminiscent of how people talked about media studies 20 years ago.  In contrast, Mimi Ito and her colleagues have identified four ways in which young people interact with media: relationships, tinkering, making, and circulation. Virtual spaces for conducting relationships have proliferated as safe physical environments for face-to-face relationships have disappeared.  While cell phones operate as conduits for relationships, tinkering involves manipulation of the technology itself (for example, by choosing which apps to install). Tinkering often leads to making – creative activities that range from coding to content production to 3-D printing. Circulation is engagement in a core activity with concurrent social interaction.

Non-school spaces can help us think about in-school spaces.  The institutional response has been to add course and degree programs.  (Only 10% of schools teach computer programming.) In contrast, how do people learn to code outside of schools?  The “Episode” mobile storytelling app provides one answer to that question. As of two years ago, over 12 million registered creators had generated Episode stories.  It is the world’s largest narrative production site. To join the community, you must create at least three stories with at least 400 error-free lines of dialogue. Each line of dialogue is actually simple computer code (basically, a watered-down version of the Python programming language).  There are no grades or mandates. The inducement is that learning to code in this way secures opportunities to tinker, to make, and circulate personal creations. It’s like fan fiction for coding.

There also are other environments in which young people are using digital media to create real life skills around production and circulation.  Examples include the You Media program in Chicago, and within the social gaming of “The Sims” and “Minecraft”, and in-person “maker spaces”. These are excellent models for 21st century pedagogy.  If we can make the line between life technologies and learning technologies a little more porous, then we can help schools to use digital media for learning (rather than just for replicating their traditional outcomes).

Technology and Laptops in Schools from Pamela DellaPietra on Vimeo.