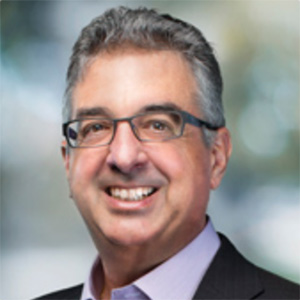 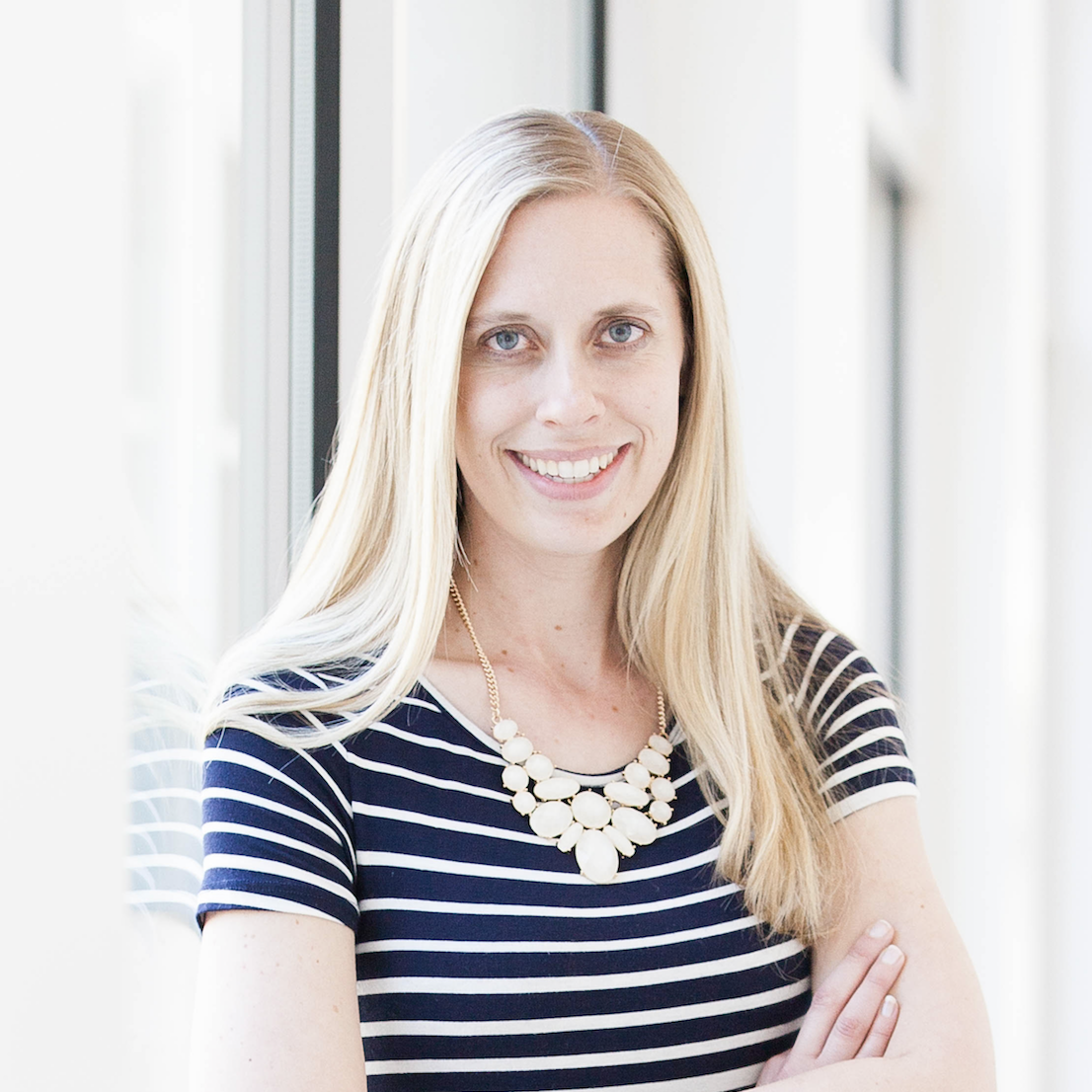 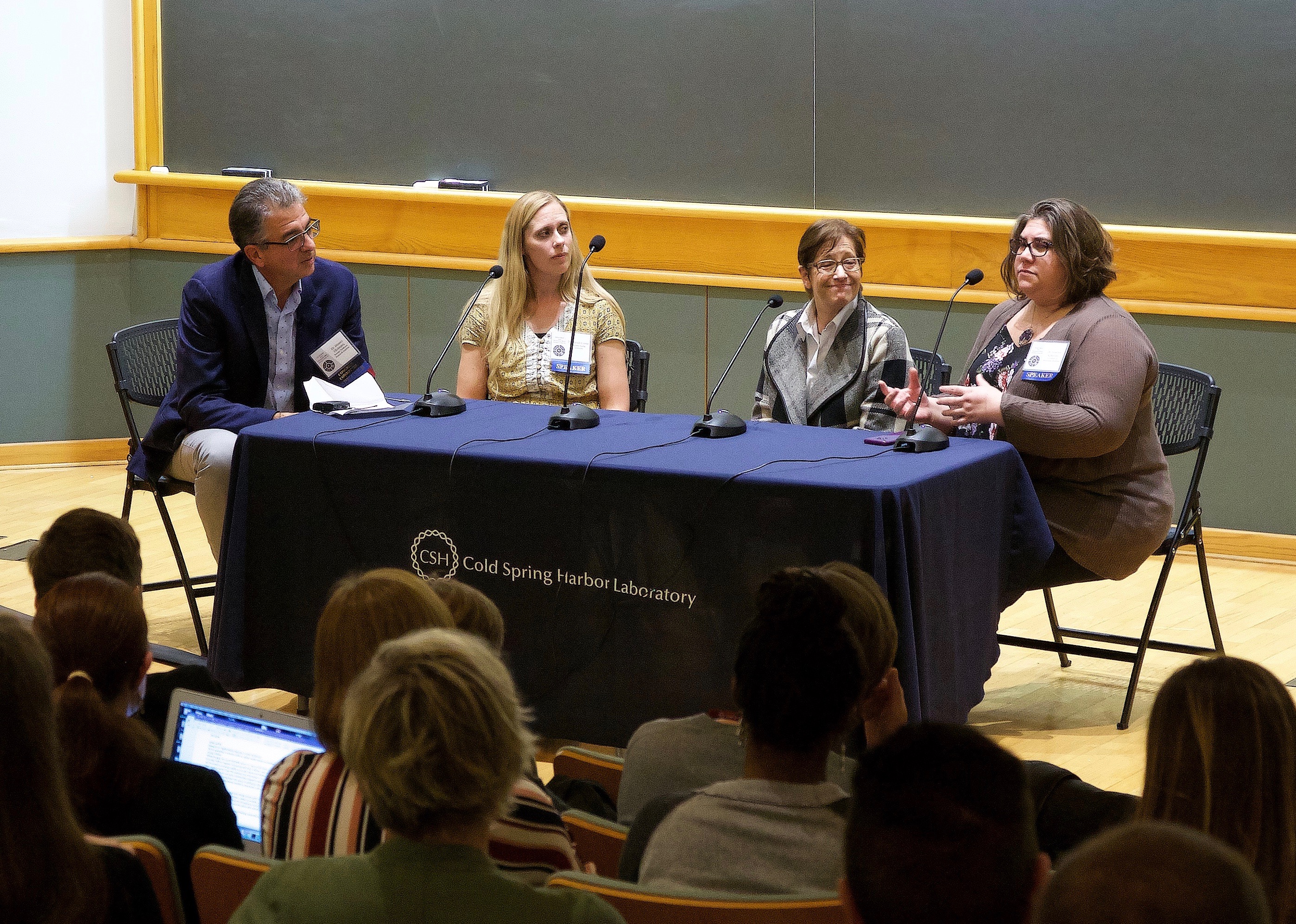 Heather Kirkorian, substituting for the absent Rachel Barr, participates in the CAFÉ research consortium with Dr. Barr.  So does Sarah Coyne, whose past work (mostly longitudinal research on adolescents) convinced her to look at much younger children to understand the true impact of media on children.  The CAFÉ research consortium is conducting the Media Effects on Development from Infancy to Childhood (“MEDIA”) Study, with a study population of hundreds of children up to age 18 months.

Dr. Hirsh-Pasek entered this field to determine, from a psychological perspective, what would make apps truly educational (rather than just called that by their makers).  This has led to study topics including the power of play, and the impact of media, digital toys, screens, and e-books on young children. She’s found that some digital interactions preserve children’s opportunities for healthy interactions, but others (such as cell phones) have the opposite effect. This has led to frame a broad question: can we use media more as a prompt than as a partner?  Doing so would preserve contingent interpersonal interactions. Anything that disrupts those is probably not good for children, but anything that can promote them probably is great.

Dr. Christakis: Controversies arose from past emergences of new media.  There is something fundamentally disruptive about today’s emerging technologies, though, that distinguishes them from historical antecedents.  Is technology now a disruptive force in childhood? Is that good or bad? 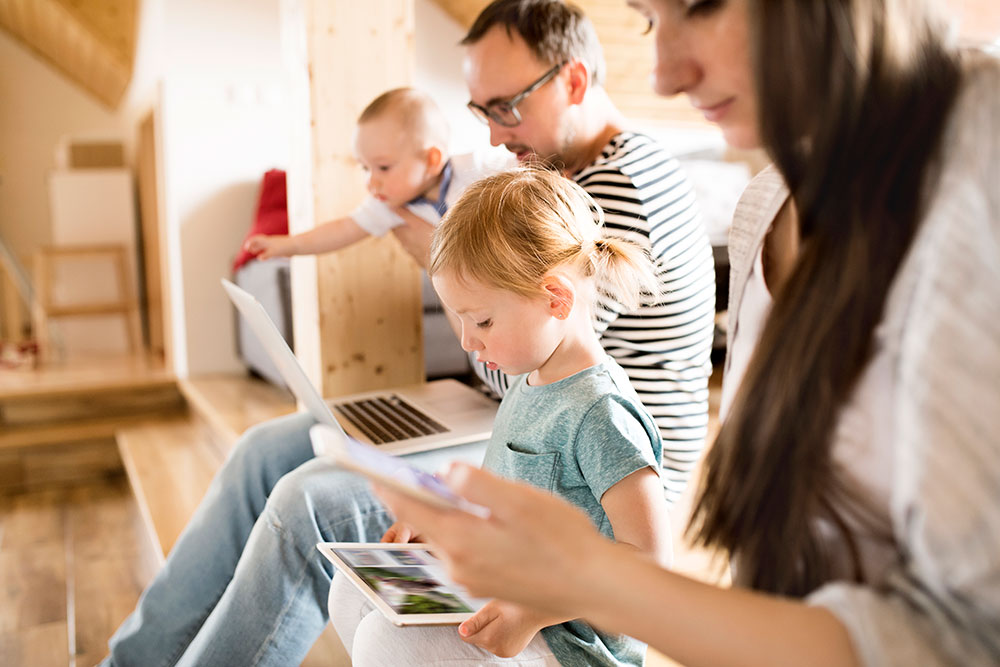 Dr. Hirsh-Pasek: In a study by Jennifer M. Zosh, announcements made by a digitally enhanced shape sorter inhibited parental scaffolding of children’s play.  Electronic books with simulated interactions actually prevented learning, because those intended enhancements actually undermined young readers’ engagement in the underlying stories.  A study on Facetime as a teaching medium found that children could learn a new word on Facetime, but not when their interaction was interrupted by an incoming phone call.

Dr. Coyne: The “still face phenomenon”, which Dr. Coyne is studying with Dr. Brandon McDaniel and Dr. Jenny Radesky,  is another example of this kind of “technoference”.   Parents using phones are displaying inexpressive faces to their children, with negative consequences.  In the context of breastfeeding and bottle feeding, this may be affecting attachment formation, maternal stress, and other phenomena.  The question of how much context influences this “technoference” phenomenon is an open one.

Dr. Kirkorian: Distraction is a problem, but “… we have the option to use technology and television and other media mindfully and intelligently ….”  In the learning context, that means being aware of the “transfer deficit” (the difficulty of transferring early childhood learning from the screen to real life, and vice versa).   Preliminary data suggest that interactive media can be designed to guide infants’ and toddlers’ attention. Older children (age 3+) can learn from “well-designed and age-appropriate” television. 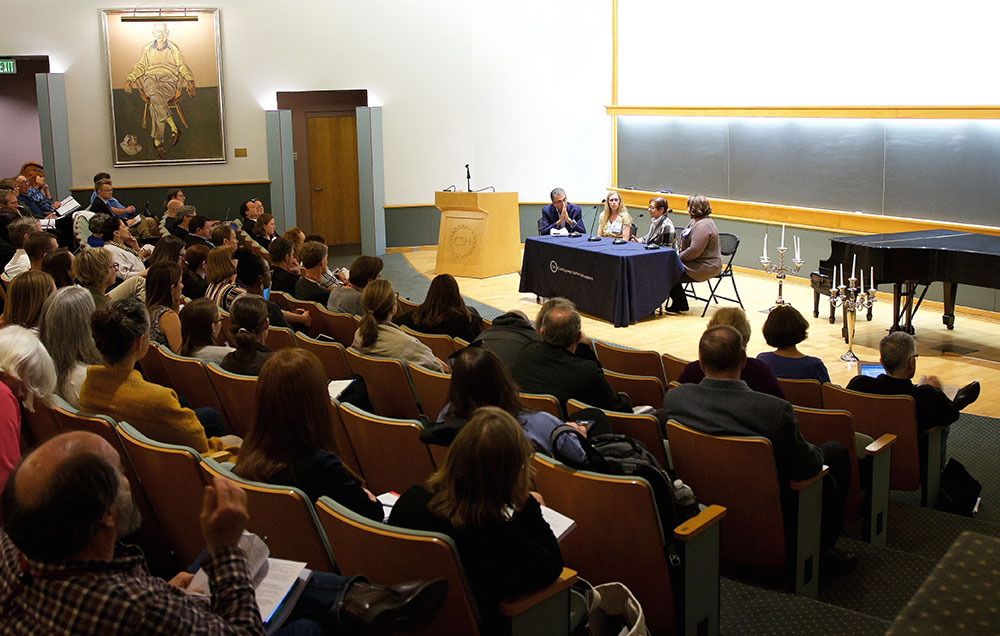 Dr. Christakis: Researchers that study harmful youth media effects have done some work in naturalistic environments, but those looking for positive media effects work in less naturalistic, more rarified settings.  How can positive effects make their way from academia into the marketplace, given the lack of market incentives?

Dr. Kirkorian: Associating an academic “name” with an interactive media product is not the same as having that person study and test those products.

Dr. Hirsh-Pasek: As Justine Cassell said in her keynote, interactive media have promise, but not to the point of replacing human interaction.  “We are born to need humans, to learn from humans, especially at zero to three, which we’re also learning is increasingly important to set the entire trajectory.”  This relates back to the idea of “prompt versus partner."

Dr. Coyne: How do you translate your research into the toys that children actually play with and the media that they actually watch?  What’s the likelihood of getting producers, managers, and developers to conferences like this, where they might engage deeply with the academic community? 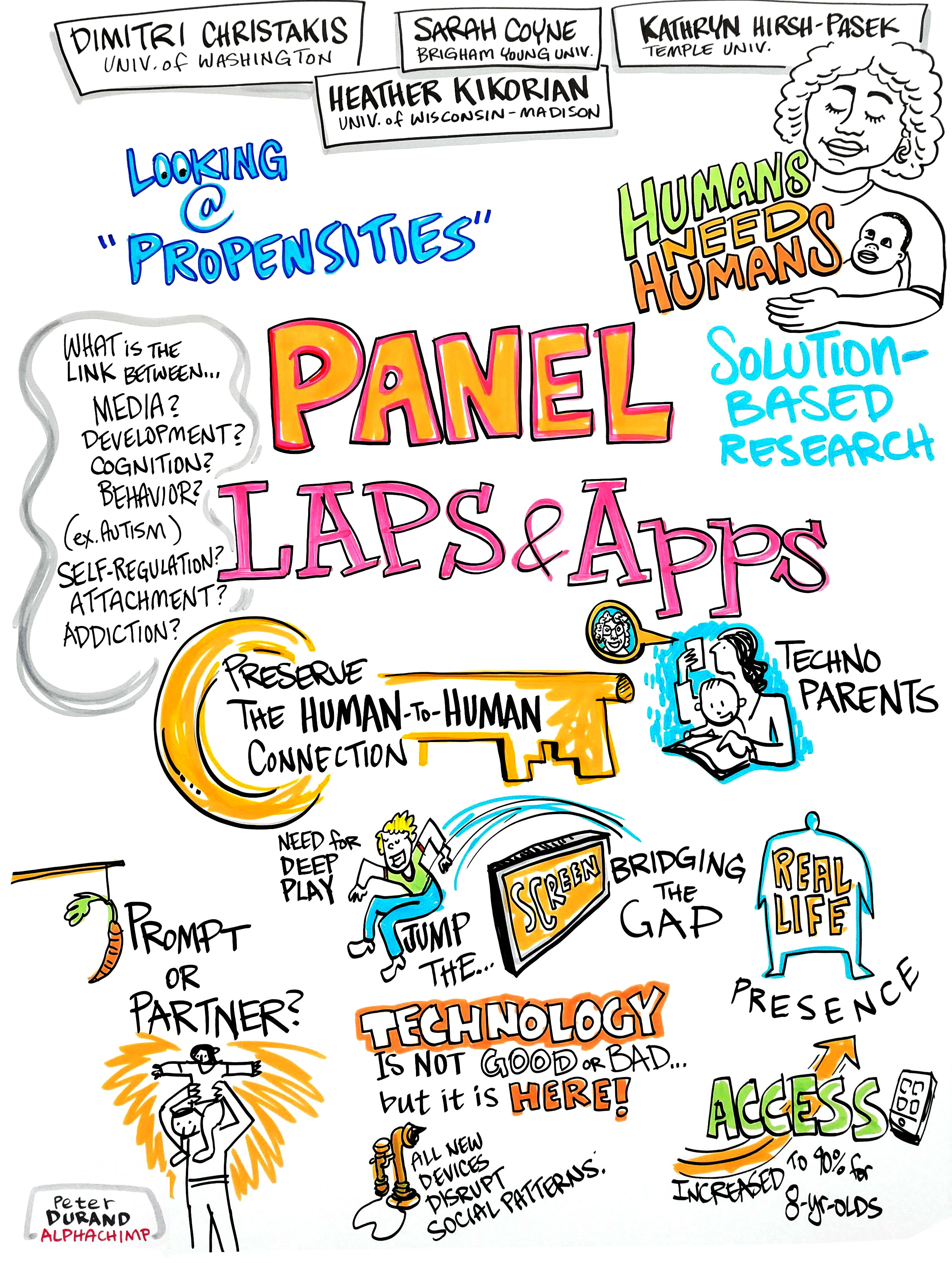 Audience Question (Leonard Oestreicher, MD): Is earlier and earlier childhood media exposure “… breaking up the human-to-human connection that these babies especially need to learn interactions during the early part of life”?

Dr. Justine Cassell: There does not seem to be evidence for the role of screens, but we need more data.  The age for autism spectrum disorder diagnosis is getting lower for several reasons.  One reason is that diagnostic techniques are getting better.

Dr. Justine Cassell: If the necessary research were done, then a lot of data would emerge.

Dr. Hirsh-Pasek: It is difficult to diagnose autism in early childhood.  One identified contributing factor, from the Sibs Study, is that a younger sibling is more likely to be autistic if an older sibling is.  Another relevant finding is that contingent human interaction – “a lot of good back and forth” – can offset first-year factors that might aggravate symptoms of autism.  Caution is appropriate here. The bad science about vaccines and autism shows the danger of making unfounded claims about causation.

Audience Question (Kristen Harrison, MD): Research shows that autistic adults’ lack of eye contact may be due to the intensity of its effect on them (rather than their lack of interest).  Autistic children might be engaging with screens may be doing so to avoid the distress that they experience face-to-face. This exemplifies the broader question of propensities (which may exist in study subjects before their media use and its supposed outcome are measured).  What propensities are the panelists investigating, in early childhood, that might influence the amount or type of media use? What outcome variable interests them?

Dr. Christakis: All this is rife with complexity. Studies have tried to draw inferences about people’s feelings by counting the emotional words in Facebook responses. You can’t just count words and come up with something that’s psychologically meaningful. With real-time data on subjects’ emotional states as they post, and synchronized data on other people’s assessments of those posters’ emotions, it’s possible to establish correlations between self-reports and third-party observations. Whether or not this might lead to the creation of more sophisticated algorithms – more capable of predicting emotional states – is an open question. This has implications for other psychological constructs, too, including identity.

Dr. Kirkorian: The nearest thing to propensity score match or anything like it is cross-lagged longitudinal analysis (which helps to identify the order of phenomena).  The few examples of that technique being used suggested that behavior problems preceded increases in media use. Dr. Jenny Radesky’s work is one example. Dr. Radesky found that toddlers’ lower self-regulation abilities predicted greater media use later (rather than their high screen media use predicting poor self-regulation).

Dr. Coyne: This predisposition question is where the research needs to go.

Dr. Tom Robinson: Nothing important enough to know is beyond experimental testing.  It’s unethical to experimentally expose children to digital media if you hypothesize that such exposure will be harmful.  Instead, you can test interventions to hypothesized adverse effects. “You may never prove that digital technology is bad, but you don’t have to if you have proven that one of your interventions actually is successful, or it’s not.”  Such solution, rather than problem-oriented, experimental studies offer the best way forward for childhood media effects research.

Dr. Hirsh-Pasek: As Justine Cassell’s keynote suggested, we should no longer be asking whether technology is good or bad.  We’re no more likely to dump technology than we are to dump television. Our predecessors feared that the telephone would ruin office interactions.

Dr. Christakis: Email did that.

Dr. Hirsh-Pasek: Dr. Cassell also raised the idea of technology as a prompt, rather than a partner (or replacement), for humans.  Companies had spoken to two members of this panel were interested in developing partner devices.

Dr. Christakis: Their motives were strictly financial (rather than philosophical).

Dr. Hirsh-Pasek: That might have been true in some cases, but other companies were explicitly interested in providing children with substitutes for the experience of personal interaction.  That effort must be thwarted. There is a more benign, or event positive, role for technology to play in social activities with technology. Osmo and the enhanced block game Kimeo illustrate how technology can “jump the screen” and prompt interactions. Watson is a counterexample.  “They were really thinking about a delivery mode into an empty vessel head. That’s what they wanted to do with little kids.”

Dr. Cassell: Digital friends can serve constructive purposes.  Evidence of a “… transfer effect from children programming a virtual peer . . . to their being able to better use, in fact, contingency with other real children” supports that contention.  “[I]t’s cheaper for companies, it’s better for companies, if the digital friend is spending all of its time selling, but that doesn’t mean that’s the only use of it.” There are examples of both productive interactions with industry (for example, Cassell’s work with Mattel), and less productive ones (such as Cassell’s and Hirsh-Pasek’s Fisher-Price experience).

Dr. Hirsh-Pasek: Justine's relatively positive view of collaborations between industry and academia may reflect the fact that isn’t focused on children as young as those with whom Dr. Hirsh-Pasek is concerned.

Audience Question (Lauren Hale, PhD): What about the disparities in media use among small children (for example, with respect to minority or income status)?

Dr. Kirkorian: A Common Sense Media Census found that 97% of children had access to at least one mobile device.

Dr. Hale: That statistic does not address different manners of use.

Dr. Kirkorian: ”There is an “app gap” as to which children are using what content.  “… [T]here are still disparities, it seems, in the types of experiences that kids have when they have those devices, both in terms of the content they’re consuming and the context in which they’re using those devices.  So, there might be differences based on especially socioeconomic status and especially parent education in terms of the media mentorship that happens.”

Dr. Hale: Are parents with multiple jobs more likely to use devices as babysitters than parents who work at home?

Audience Comment: A birth cohort study of children growing up in rural poverty in Pennsylvania and North Carolina found that loud television was a marker for household chaos.  The phenomenon was more a matter of noise pollution than content. This environment was seen more in disadvantaged households. It is different from the distraction generated by tablets and cell phones, and the way that those devices inhibit interactions.

Audience Question (Susan Linn): What about the disparities in media use among small children (for example, with respect to minority or income status)?

Dr. Coyne: Dr. Coyne has investigated this in adolescents, but not yet in young children.

Dr. Catherine Steiner-Adair: Researchers need to talk with teachers to capture their perspective on the differences between screen-based and classroom learning and children’s responses to those differences.  The instant, personal rewards and stimulation provided to children by their screen interactions differ from their slower, more frustrating experiences among 16-30 peers in a classroom.  Teachers worry about their ability to inspire their students to imagine their next topic sentences rather than simply look them up online. Children’s capacity for deep play, persistence, and the patience to learn are at risk.  Young interview subjects are expressing anger, sadness, loneliness, and frustration as they struggle to capture their parents’ attention

Audience Comment: There is an important difference between talking about the youngest children (0-18 months) and 3-4-year-olds.  “When children are at an age where they understand what they’re seeing on the screen … there is a lot more ability for them to learn from that, but the very youngest children, they are seeing lights and movement but they don’t have the context.  They don’t understand what those things mean.” Research has identified an association between lower socioeconomic status and earlier (and more hours of) screen viewing.

Dr. Coyne: Discussion of chat in this age group is lacking.  Note, for example, what Dr. Kirkorian said about how the context around media use can promote shared family activities.

Laps and Apps: Early Childhood and Parenting Panel from Pamela DellaPietra on Vimeo.