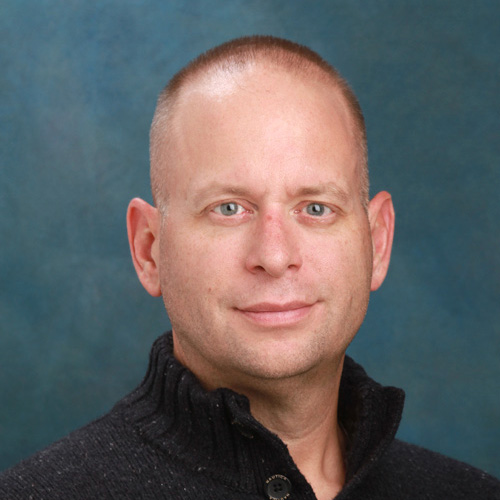 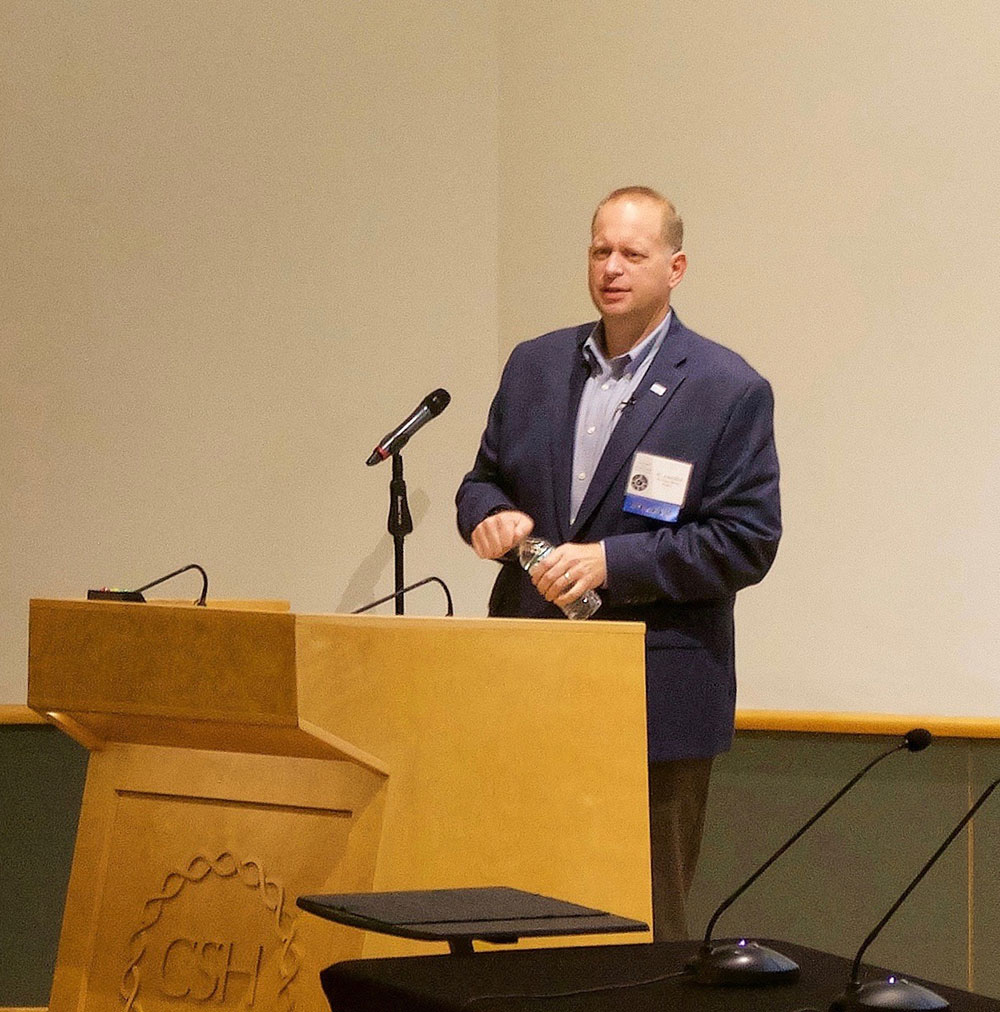 Introduction.  Several anecdotes illustrate the youth misinformation challenge.  A 7th grader who was introduced to a website by a friend and was convinced by that website that the Earth was about to collide with another planet.  The boy’s mother sought advice from an expert. He walked her through a simple fact-checking process that mother and son could do together.  She took his advice, and relieved her son’s terror. The expert’s own 7-year-old, however, struggled to understand how people could believe sidewalk graffiti about the earth being flat.

The Age for Addressing News Literacy.  Most news literacy, digital citizenship, and similar programs focus on middle school and high school students.  The ubiquity of misinformation means, among other things, that younger children are immersed in it, too. They lack the skills needed to be critical news and information consumers.  “It is a vital life skill that we have got to be teaching to young people at probably much younger ages than most people realize.”

News and Information Sourcing.  Research is expanding our understanding of how young people acquire and process knowledge.  A Project Information Literacy Study of students’ news engagement habits found that college and high school students are “multi-modal and multi-social”.  They get their news and information from traditional sources like friends and teachers, and via social media, news websites, and other Internet-based sources.  This illustrates the larger point that, in the 21st century, “… we don’t go out and get the news.  The news comes to us.” The volume of news alerts on our phones each day, and the amount of news they receive from friends and colleagues demonstrate this. 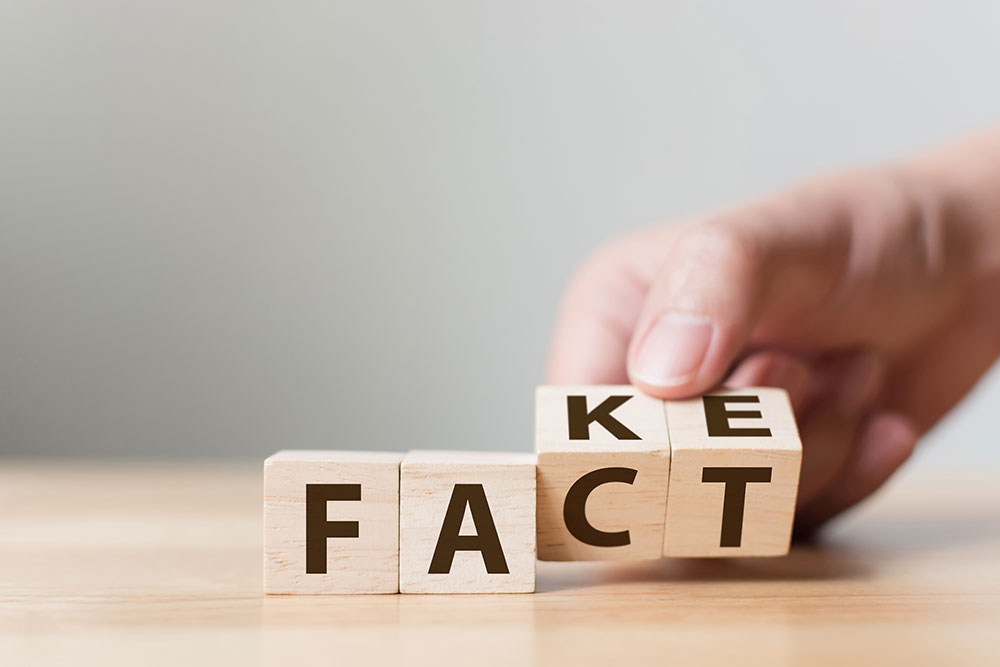 A Common Sense Media survey that found children ages 10-18 want to know about current events, especially in their own communities.  They, too, are getting their information from many sources, but primarily from the adults in their lives.  (This creates a second-order problem, if those adults are not discerning news consumers. Misinformation is filtering down to vulnerable, and perhaps even unintended, audiences.)  According to the survey, though, children preferred social media for that purpose. Together with tweens’ preference for YouTube over Facebook, this has practical implications.

Problematic Filtering Strategies.  Young people are developing their own filtering strategies.  This has problematic consequences. This generation is figuring out what it wants to know, but skimming the huge volume of incoming information to do so.  “They’re really becoming … information grazers. They really don’t go past the headline and the image.” Social media creates pressure to share, but those doing the sharing don’t carefully vet what they’re passing on to others.

Another factor also contributes to the recirculation of unreliable information.  “The problem is, misinformation almost always elicits a strong emotional reaction.  What happens to the rational part of your brain when that strong emotional reaction happens?  It gets shoved down and then you’re no longer looking at it objectively …. What do you do? You reach for that share button, that like button, that retweet button.  The same thing goes with young people. They think they can [identify fake news], but when they’re confronted with it, they can’t.” A UK study by the National Literacy Trust affirms this assertion. 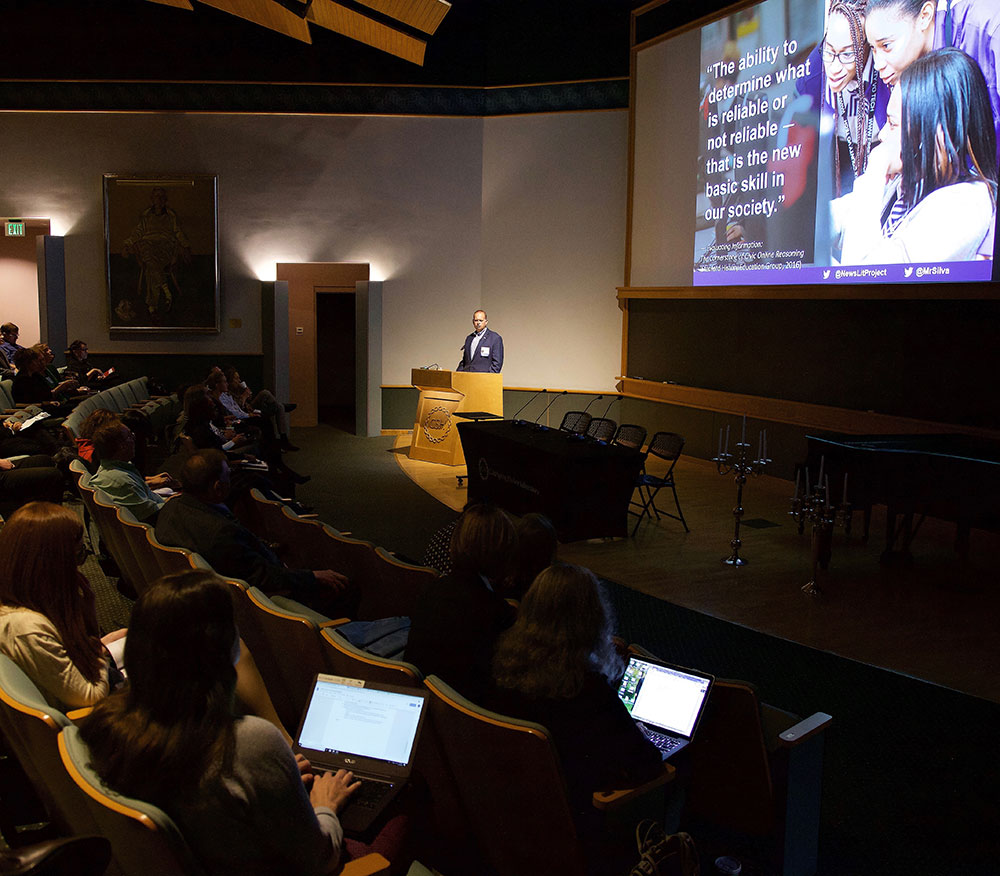 All of this supports a broad criticism of such research, and the terminology associated with the underlying phenomena.  Researchers are concentrating too narrowly on false news stories that are intended to look real. That’s unfortunate, because such fake news is just a small part of much larger misinformation problem.  Research by the Stanford History of Education Group showed how true facts, accurate and benign images, and easily doctored photos (such as a picture of a celebrity’s t-shirt) all can be used to promote inaccurate messages and otherwise incredible theories.  Context and confirmability should be informing children’s and adolescents’ use and recirculation of information; however, the rapid, high-volume filtering that young readers and viewers use to manage their torrential inputs does not lend itself to careful consideration of either attribute.

Instead, quick, superficial vetting creates a “filter bubble” effect.  The high volume of unreliable information is inducing people to rely more narrowly on a few sources.  This, in turn, is insulating those people from equally credible, but potentially different, views that would challenge them to think deeply and make informed choices.  The result is that people trust information sources within someone’s “filter bubble” more and more, and less and less trust in those from which they’re insulated.

Viral Inflammation. The inflammatory quality of much false information compounds this effect.  “It takes six times as long for a true story to reach 1,500 people as does a false story….  When we’re inflamed, when we’re angry, when we’re celebrating something, we want to share that as soon as possible.  It’s that social media aspect.” This may explain why “… really what fake news means today is it means something that is either critical of me or something that I don’t agree with, and that’s not okay.”  As Jonathan Swift said, “Falsehood flies and the truth comes limping after it.” 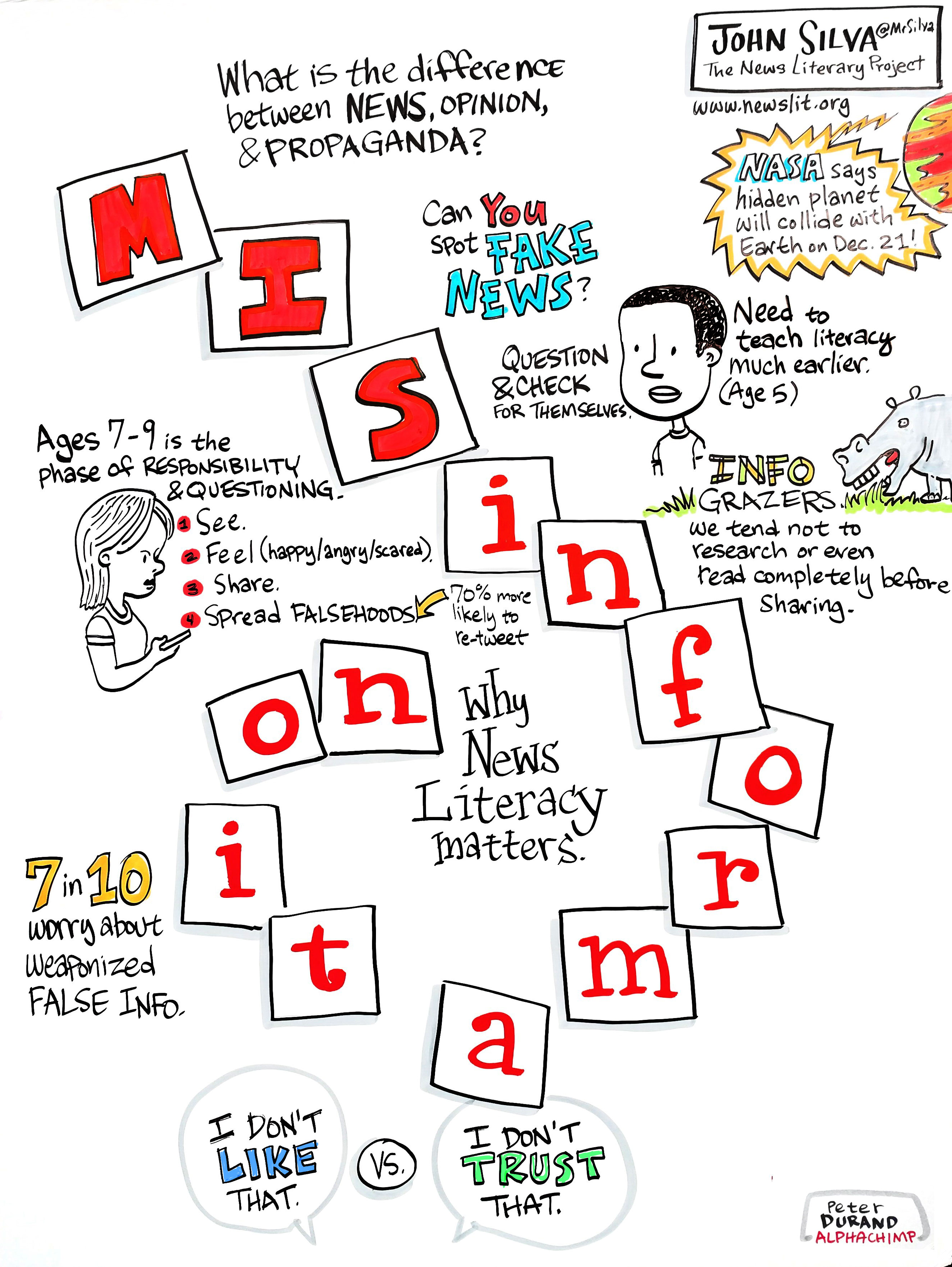 Audience Question: Does this analysis depend on the assumption that people were spreading information that they believed to be true, or whether there might a digital version of “water cooler gossip” – the intentional spread of entertaining falsehoods – happening?

Mr. Silva: Several different viral distribution mechanisms are at work.  People are spreading false information that they believe is true.  They’re also spreading information that they think might be false, with comments that raise that issue.  The very act of publicly questioning the veracity of that information has the effect of spreading it. Misinformation may be intentional or unintentional.  Consider the case of Native American advocates who created a fictional website about a new Washington Redskins name and logo. “…[C]an misinformation ever be ethical?”

Mr. Silva: There is a difference between “media literacy” and “news literacy”.  The former explicitly questions the motives of corporate information sources, and about the relationship between news and advertising.  “[I]n some media literacy programs, they do tend to skew more towards the cynical aspect of evaluating information.” The goal of news literacy is to intervene with young audiences before they become old enough to stop questioning what they hear and see.

Audience Question (Patricia Greenfield, PhD): When is the right time to intervene with children?  From a cross-cultural perspective, the age range of 7-9 years of age is widely accepted as “… the age of reason and responsibility.”  That seems like the best window of opportunity for news literacy training.

Mr. Silva: Although most of News Literacy Project programs are geared toward middle and high school students, plans are in development for hopefully third graders.

Audience Question (Jennifer Manganello, PhD): Are children who actually make news more inclined to trust news from their peers?  Students seem inclined to recirculate even identifiably fake stories that they think are funny.  They seem to “…have a different perspective of what they want from the news ….

Mr. Silva: There is value in experiential learning.  The News Literacy Project capitalizes on this to teach the skills needed to recognize the truth.  “Can you tell the difference between news, opinion, and propaganda? Do you know the difference between raw information and advertising?  All those things? Can you identify the different types of misinformation?” It is important to promote objective standards of quality journalism, including by practicing it.

Audience Question (Jenifer Joy Madden): How can we help children process public accusations of dishonesty against the press, such as those from President Trump?

Mr. Silva: We must train children how to distinguish between high and low quality journalism, so that they’re capable of making their own determinations of which news outlets are (or aren’t) reliable.

Audience Question: Has the volume of fake news has been measured since the onset of the Internet age?

Mr. Silva: On the one hand, “… urban legends, hoaxes, propaganda – it’s always been there.”  On the other hand, “… misinformation changed significantly with the 2016 election.”  Before then, fake news stories mostly were used as “click bait” to attract web traffic and generate ad revenue.  The 2016 election, with its intentional disinformation and misinformation campaigns, differed from that previously commercial phenomenon.

Dr. Gentile: It is hard to teach children the difference between (i) identifying fake news and (ii) labeling news with which they disagree as fake.