Cyberbullying: What Works, What Doesn’t, and Why Not 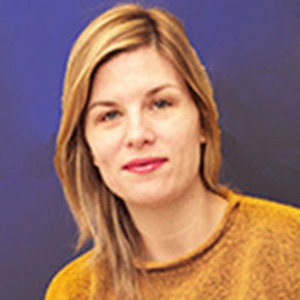 Professor of Psychology, University of Florida 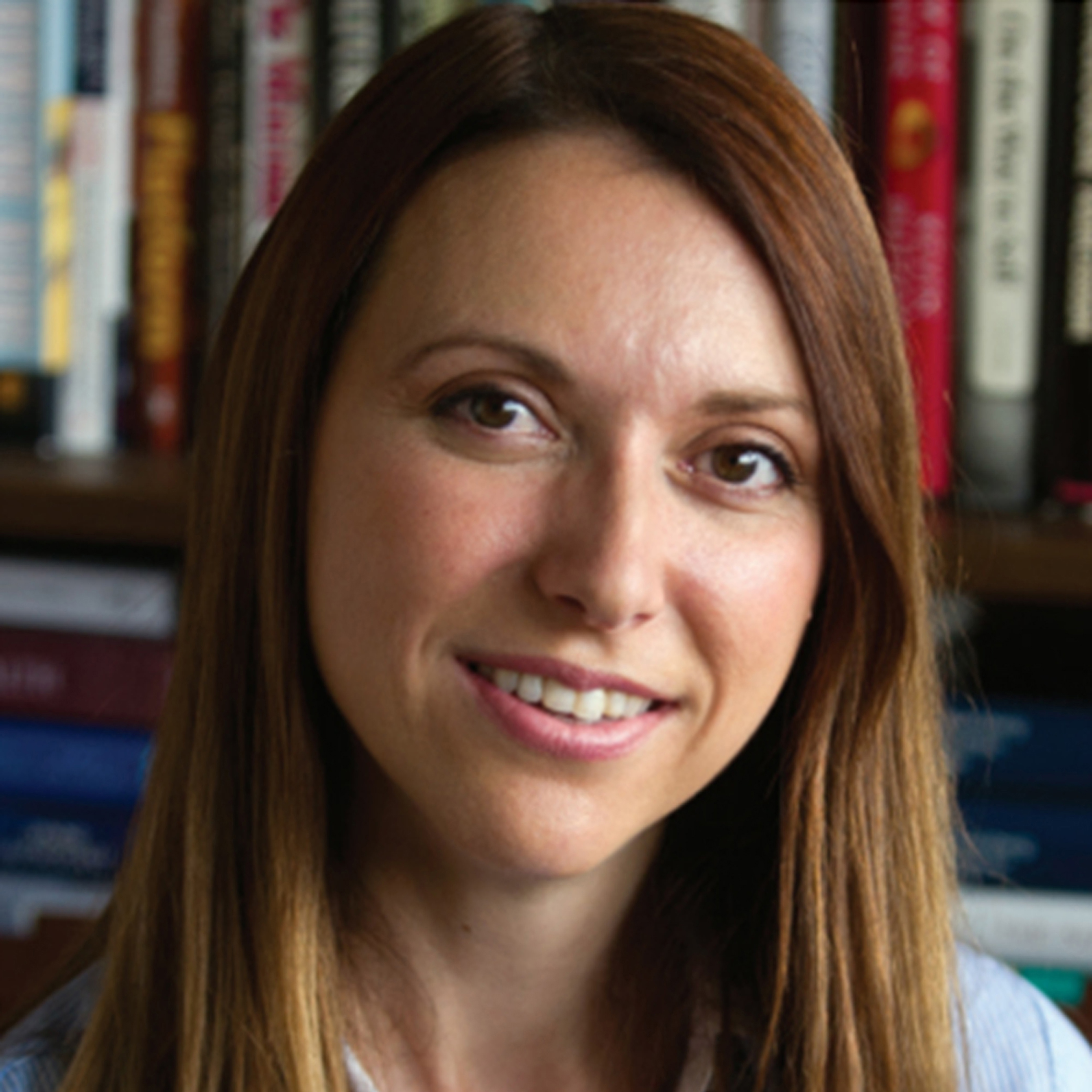 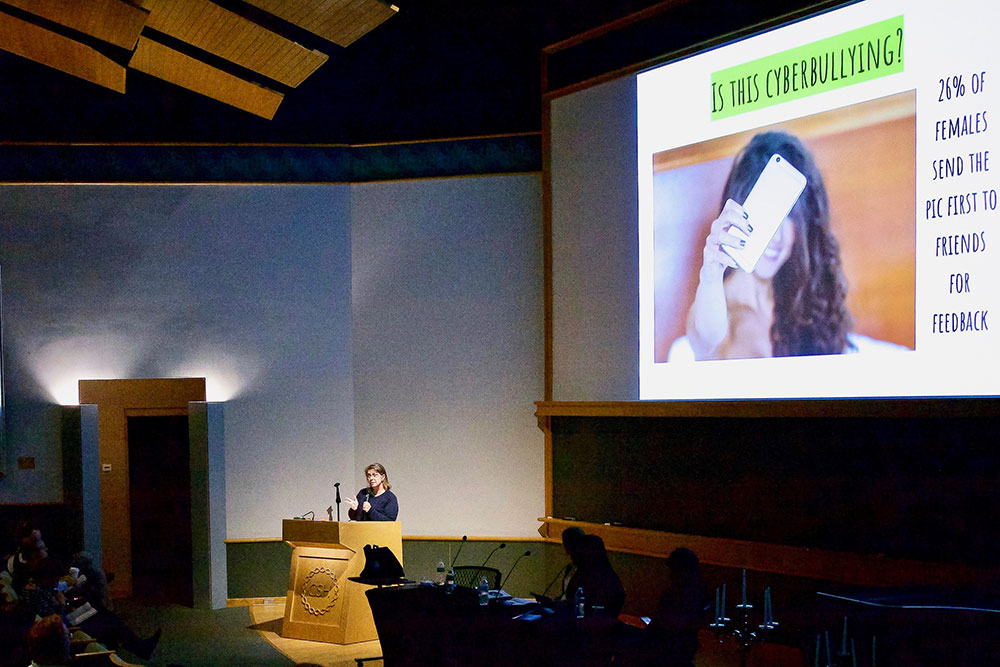 Dr. Englander: Cyberbullying traditionally is defined as “willful and repeated harm inflicted through the use of computers, cell phones, and other electronic devices”. This definition is problematic.  It fails to account for power differentials (which are difficult or impossible to assess in a digital environment). It also fails to account for victim impact. This contrasts with off-line bullying.  In that context, whether or not the behavior in question is considered bullying depends in part on the victims’ resiliency. For these and other reasons (revealed in lab and field work), the traditional definition of cyberbullying needs rethinking.

There are more examples to support his contention. For example, it does not encompass the cumulative effect of multiple kids, whose actions and motivations may differ, and each of whom may only act once.  The definition also fails to provide clear guidance regarding attempts at wit or humor that may or may not cause harm.

The broader experience of social exclusion also fails to fall neatly within the traditional definition. Cyberbullying research doesn’t generally measure how digital behaviors impact targets within the critical context of their overall social functioning. The actual digital behavior may appear small or insignificant, but if it occurs within the context of other mean behaviors, it can be very impactful to the person who experiences it.

Sexting is another context in which complex chains of events, and multiple participants, complicate the character of the event.  If one friend seeks advice from another about a sexually revealing photo, and the second friend (acting with good intentions) seeks input from someone else without permission, does the resulting embarrassment and breach of trust count as cyberbullying? That’s a real-world question, since 26% of females send their sexual photos to friends for feedback before sending them to their intended audiences.

The analysis must start with impact and context.  That means framing the behavior within the relationship between the people involved.  Comorbidity is another key consideration. How others’ online actions impact us may depend on whether we were depressed or anxious beforehand.

Intention may be less relevant online than offline because it is too hard to determine.  Risky behaviors do matter, though. There are things that people do that heighten their risks of receiving potentially harmful content.

Relatively speaking, too much time is being spent studying adolescents’ digital lives, and too little on younger children.  Increasing cellphone ownership in elementary school (70% for fifth-graders in 2017, and 45% for third-graders) supports this contention.  So does the fact that Korean third-graders already own cellphones at a higher rate than US children two grades older. Change is coming, and it’s coming to elementary school.

Qualitative research was dismissed years ago.  It was uselessly anecdotal. But how do you identify real outcomes without qualitative work?  And current efforts show that qualitative information needs to be gathered early, in order to inform the design of quantitative studies.

Gaming, virtual reality, video calling, and watches are coming.  Watches, in particular, are making their way into elementary schools (because they’re harder for little kids to lose than smartphones are).  Changes in technology will require changes in methodology. Methodological purity cannot be pursued at the expense of current, pertinent information.

Dr. Milosevic: Companies tend not to share their operational policies with the public.  That includes the instructions that are given to the moderators who look at content reported by concerned users.  A lot of issues factor into these policies. They include free speech, protection of vulnerable groups, and global application in many different cultural and legal contexts.  As difficult as it is for researchers to agree on what constitutes bullying, it is at least as difficult a challenge for companies that have to review content with little or no information about the context in which it was created and shared.

Are companies obliged to intervene against bullying?  Legally, they are not. At least in the US and Europe, they are mostly shielded from such responsibility (and liability) by virtue of the fact that they’re not considered to be publishers of the content disseminated through them.  Even so, companies tend to promulgate standards and self-regulate. They sometimes do this with governmental input or influence, as in the European Union. Blocking tools and reporting tools are among the mechanisms through which this corporate self-regulation works.  Algorithmic learning and artificial intelligence technologies are contributing to advances in this regard. 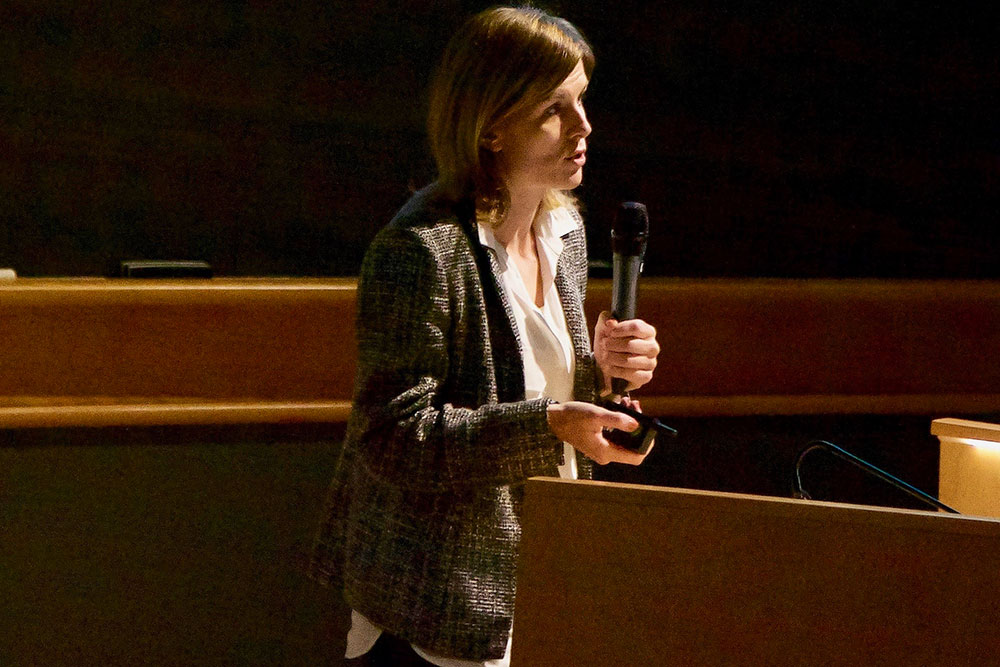 The way that bullying is handled differs significantly from one platform to the next.  Established companies have much more elaborate policies on this their than their smaller counterparts do.  What is consistent across the board is a relative lack of transparency regarding content moderation and self-regulation.  There is limited evidence regarding the effectiveness of companies’ practices in this area, and even that evidence comes from the companies themselves.  There is also a trend toward delegating conflict resolution to users and empowering with new tools for that purpose. The social reporting tool developed jointly by Facebook, Yale, and Berkeley is one example.  Neuroscientists helped to create the pre-made messages with which children can communicate with each other to seek the removal of hurtful content.  Companies are developing safety centers, and Facebook has its own bullying prevention hub to provide parents, children and teachers with information about how to handle this problem.  Digital citizenship promotion is another trend among Internet companies. There is little evidence regarding the effectiveness of such efforts to teach children about how to stand up for victims.

In a survey of 150 children in Norway (ages 11-19), only 13% had said they had seen Facebook’s social reporting messages, and only 26% had seen an online safety center.  When asked if they thought the Internet platforms could help children, 11% of the respondents said that the companies could help “a lot”, another 48% said that they could help “a little”, 23% said they “could not help,” and 17% said that they didn’t know.  In focus group interviews, the children explained the companies’ limited ability to help in similar terms as the companies themselves - for example, that it was difficult for companies to moderate these vast amounts of content being shared on their platforms.

Dr. Konrath:  There are two kinds of empathy, which you can broadly identify with the head and the heart.  Cognitive empathy (perspective taking) is when people imagine others’ points of view and use body language to determine what’s happening to others.  Emotional empathy is empathic concern or the feeling of compassion and care for others. Empathy inspires us to help others and avoid harming them. When we try to imagine someone else’s perspective, we feel more compassion for that person (and we’re more likely to want to help him or her).

Empathy has psychological and physical health benefits.  Empathic people tend to be happier, have more meaning in life, and feel less depressed.  People with high empathy scores have lower levels of stress hormones during stressful events.  Older adults whose volunteer work is motivated by care for others live longer than volunteers motivated by how they might personally benefit.  (This is the flipside of bullying’s negative implications for mental health.) 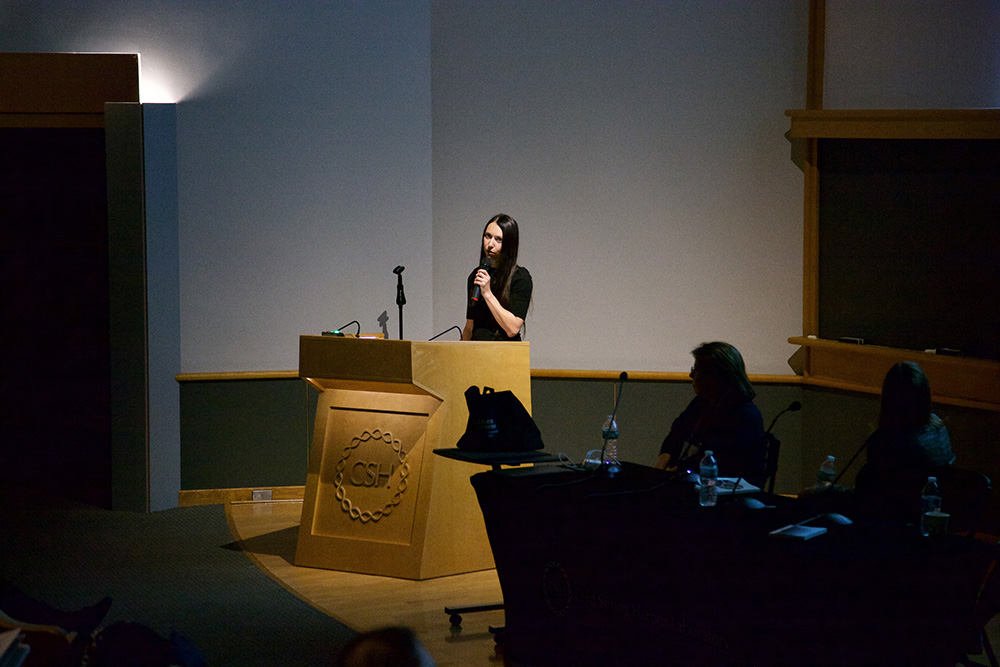 All of this information is drawn from the literature on offline bullying.  There is less empathy research regarding cyberbullying because of the relative newness of the phenomenon.  The two available meta-analyses show lower emotional and cognitive empathy for bullies; higher emotional empathy and lower cognitive empathy for victims, and higher combined empathy for defenders.  The empathy levels of online bystanders are unknown. Because this is correlational (rather than causal) data, it could mean that more emotionally empathetic people are more likely to become cyberbullying victims, or that being victimized makes people more compassionate than their peers.

Research published in 2011 shows generational decline in both cognitive and emotional empathy between 1979 and 2009. This is concerning if empathy is a buffer for bullying. Yet on a more encouraging note, dozens of studies show that, although empathy has a genetic component, it also is teachable.  People can learn how to recognize emotions and improve their social skills. Interactions with nonverbal communicators (such as babies or animals) can help. Other potentially helpful learning techniques include role-playing and reading fiction.

If we can teach empathy, can we reduce bullying?  Yes. Research to date has focused mainly on perpetrators.  We need more research generally, and we need to look more broadly and deeply at victims, bystanders, and defenders.  In practical terms, we need to discover which training methods will have the most constructive effect on people in all these roles, in the online setting.  The development of pro-social apps could even turn the digital devices through which cyberbullying is perpetrated, into instruments for prevention and intervention.

Dr. Espelage: Epidemiological, longitudinal studies have looked at how online and offline bullying resemble each other, and how they differ, with respect to risk factors and protective factors.  This research revealed a causal connection between bullying in schools and online. Being either a perpetrator or victim in school was associated with both similar and opposite roles online.  More broadly, the risk factors and protective factors are similar in both settings.

A 2011 White House conference on this subject raised awareness in the US.  Also in 2011, Durlak et al. published a meta-analysis of 213 school-based socioemotional learning (“SEL”) programs.  Those findings, replicated in 2017, showed that bullying is among the areas in which socioemotional learning programs generate both short- and long-term benefits.  The Collaborative for Academic, Social, and Emotional Learning identifies self-awareness, social awareness, self-management, relationship skills, and responsible decision-making as the core competencies of socioemotional learning. 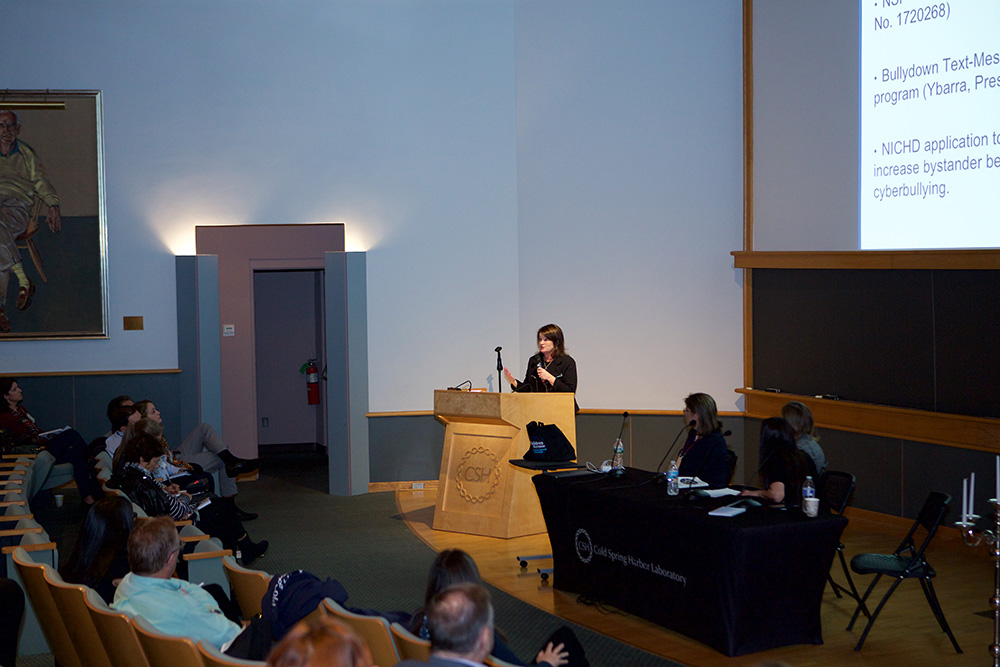 The results of a large (n=3600) randomized clinical trial of this approach was published in a series from 2013 to 2015.  This longitudinal study found broadly positive indirect effects on cyberbullying and other negative behaviors, through reductions in delinquency.  When teachers rigorously implemented the experimental 3-year program of socioemotional learning, direct reductions in students’ aggression, delinquency, bullying, and cyberbullying increased.  (The quality of teachers’ implementation had a substantial effect on the program’s impact.) Tracking the middle school students from this study into high school found continued positive, indirect effects.  (High school cyberbullying was reduced through increases in students’ sense of belonging in middle school.)

Currently available research on cyberbullying is insufficient to reach broad, specific, and actionable conclusions with high confidence.  A large meta-analysis funded by NIJ to Espelage (co-PI) is in process now, but so far, screening 6000 abstracts has yielded only 58 for coding.  More data are needed.

Do we need a program like Spain’s ConRed (which focuses on digital citizenship) or more like the holistic approach of KiVa in Finland?   Or are bullying prevention programs sufficient? There is evidence that promoting connectedness (for example, through role-playing encounters and stronger teacher-student relationships) works.  In any case, evidence suggests that both bullying and cyberbullying interventions become less effective as children enter 8th grade.  Research is ongoing about what may work in high schools.  One example from the Espelage Lab is an evidence-based suicide prevention trial in 20 Colorado schools, in which various forms of online and offline sexual behavior (from sexting and sexual harassment to rape) are being studied.  Initial results are encouraging.

There are also Espelage Lab projects that use digital technologies to positively influence student behaviors.  One is an ongoing field test of Advocatr - reporting app- with which high school kids can report threats and incidents of online and offline bullying and promote restorative practices.  Other examples are a pro-social Bystander Bot to address bullying on YouTube; a Bullydown Text-Messaging socioemotional learning program for seventh- and eighth-graders; a planned avatar-based game to influence bystander behavior; and a partnership with Google and some screenwriters on VR scenarios built around bullying curriculum.

Cyberbullying: What Works, What Doesn't, and Why Not Panel from Pamela DellaPietra on Vimeo.