Clinical Solutions for the Youth of the Digital Age 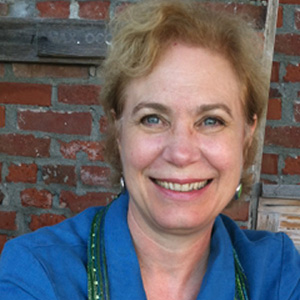 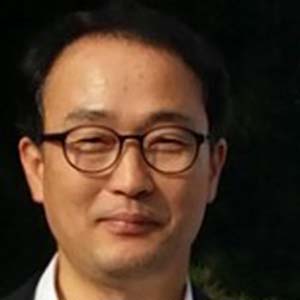 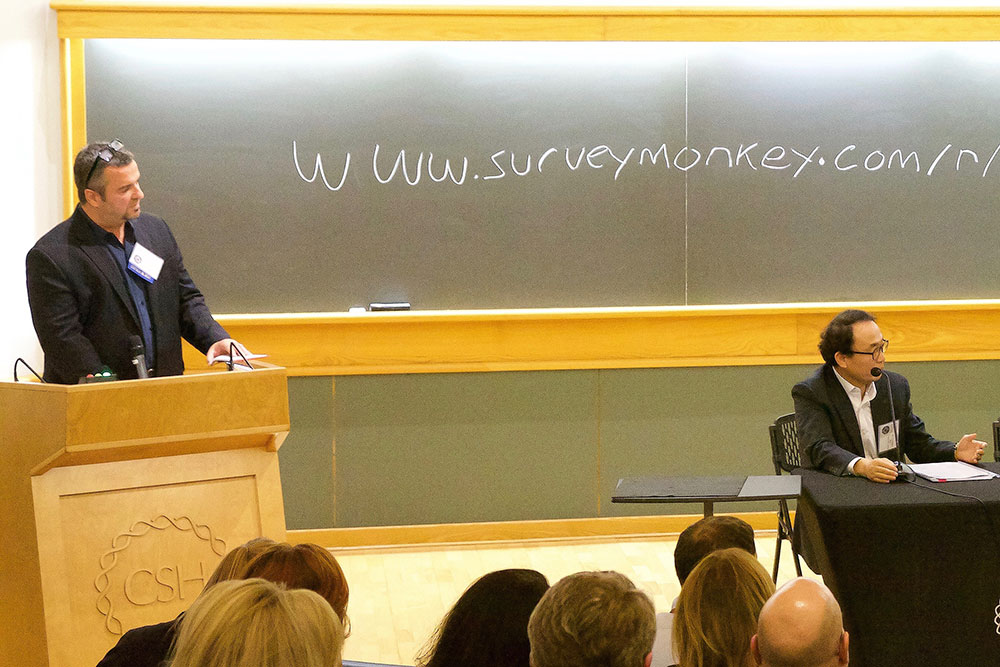 Dr. Kardaras: What are the most important changes in how we treat what we’re calling “screen addiction”, “gaming addiction”, or “screen overuse”?

Dr. Cash: The clinical response has been slow, but it’s growing.  In Seattle in the 1990s, patients were having trouble with gaming, pornography, or online forums.  Other than Kimberly Young, there were few people focusing on these problems. That’s changing, especially in Asia (where these issues have been addressed more adequately than they have here).

Dr. Kardaras: In South Korea, addiction terminology has been replaced by an overdependence paradigm (because of associations with the word “addiction”).  How has this change impacted clinical work?

Dr. Koh: In South Korea, Internet use has moved almost entirely onto smartphones.  As a consequence, some of the clinical problems associated with the gaming-focused Internet behavior of the past (suicides, fatalities from sudden high blood pressure, and murders and other violence) have all but disappeared.  This change is reflected in the fact that the world’s first Internet Addiction Prevention & Counseling Center (established in South Korea in 2002) is now called the Smart SWYM Center (SWYM  means rest as a Korean word, and this word is used to imply that this center focuses on helping people with problems associated with digital device’ overuse and with help, they can have better control on the device use and can even maximize their ability by better using the device).  ‘Smart’ name is a play on the fact that the focus is essentially on smartphones only.

Smartphone usage is different from substance abuse.  There is little chance of complete recovery from substance abuse.  With smartphones, though, complete recovery often is possible. Abstinence is not the goal.  The treatment objective is to move a patient from over-dependence (rather than “addiction”) to become a more functional smartphone user.  It involves channeling a person’s facility with a smartphone into another, better use of the same device. In broader terms, this is a shift from a disease model to a competency and choice model. 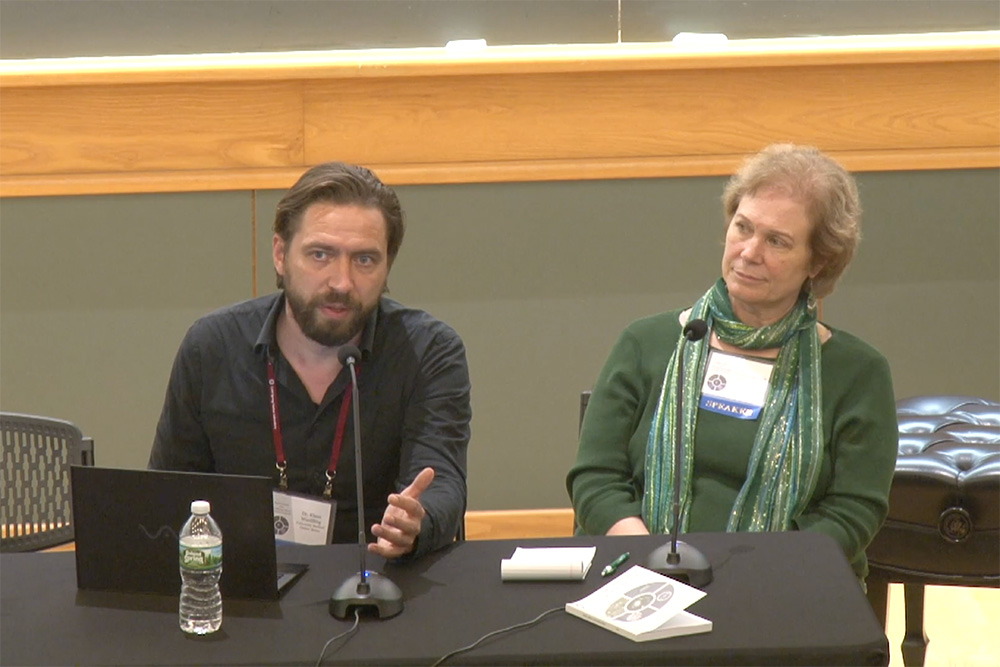 Dr. Kardaras:  There is a change in how to conceptualize addiction in the US also.  Marc Lewison talks about addiction as a disease of hijacked choice.  The question of addiction versus compulsion has come up. How is the problem conceptualized in an outpatient program in Germany?  How do you clinically treat this issue there?

Dr. Wölfling: We see people with Internet addiction, and addictions to particular applications (mostly gaming but also to network sites, sex, and other applications).  A standardized cognitive behavioral program was applied to 450 patients, consisting of three phases: psychoeducation, intervention, and stabilization. The patient’s age dictates the goal for their treatment.  Older patients (18+) need clear abstinence from their problematic behaviors. At ages 12-16, the focus is on reducing screen time and media usage through media training and the use of different Internet applications.   The underlying approach is classical conditioning. Adults who resume use after abstinence cannot control their gaming or Internet use. It accelerates rapidly to excessive levels. Adolescents demonstrate greater capacity for moderation after treatment.

Dr. Kardaras:  In the substance abuse field, patients often substitute one addiction for another.  If a patient has an underlying anxiety disorder or addictive personality, is it a mistake to focus any particular type of screen experience?

Dr. Cash: Our treatment of both adolescent and adult patients begins with an initial period of complete abstinence from screen use (except for one movie a week).  This averages about two months. This is followed by slow reintroduction of moderated computer and Internet use. Patients of all ages must devise a Life Balance Plan before they move into that moderate use phase.  This plan requires that they think through not only how they’re going to reconnect with digital technology, but also what other things they may transfer their addictive tendencies to. (such as drugs and alcohol, in-person game play, and fantasy literature).

Dr. Kardaras:  Are some patients unable to engage in moderate screen usage, such as television viewing, even after months of treatment? 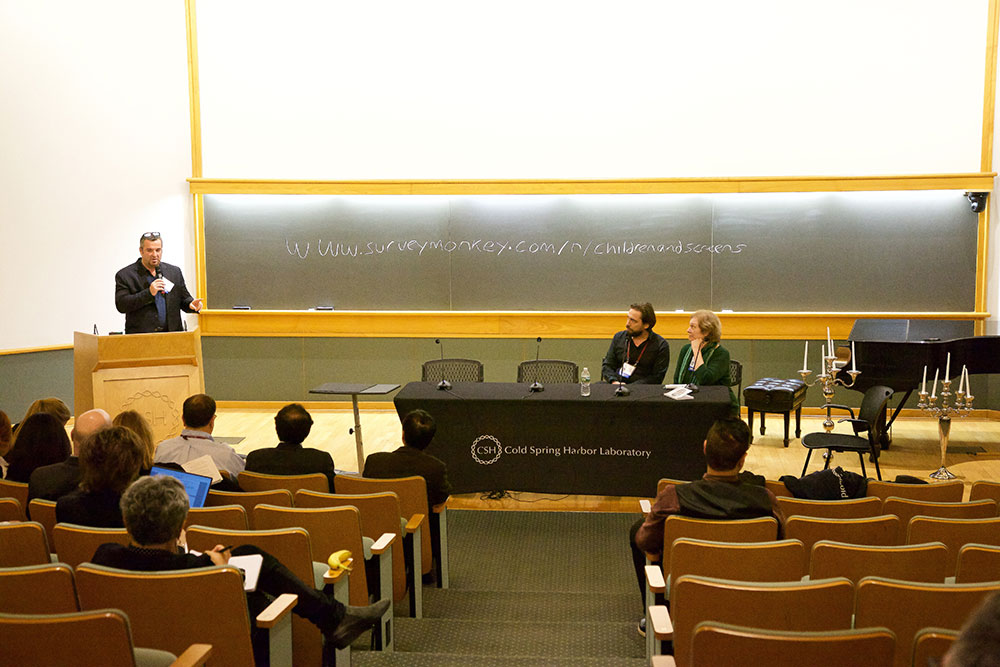 Dr. Cash:  Looking at data on 106 adult patients from mid-2015 through mid-2018, 66% progressed from the first (abstinence) phase of the program to the second (“Open World”) phase.  There’s no data on those who didn’t, but it’s known that many left the program because they couldn’t afford it, while others just wanted to return to use. Of those who entered the six-month Open World phase, 73% completed it. A third phase follows, involving more and more independent living.  This has proven to be about 73% successful. About a third of those who dropped out of both phases (“Open World” and “Sustainability”) did so for financial reasons. Another third were unsuited for this kind of program (usually, patients on the autism spectrum), and a third returned to use because they want to.

Dr. Wölfling: A psychotherapeutic program in Germany treated online gaming and online sex addicts, and console and offline gamers.  After 20 weeks of behavioral therapy (including 15 group and 10 individual sessions), patients could use the Internet generally, but they could not control the specific, problematic behaviors for which they initially sought treatment.

Dr. Kardaras:  Identity formation is one way in which Internet addiction and substance addiction differ.  Substance abusers don’t identify positively with their high level of use. They typically experience shame, and are willing to abandon their identities as addicts.  In contrast, young male gamers have a very high association with their identities as gamers. Their gaming produces a sense of achievement with which they identify. Young females are more likely to have their identities fuse with their social media platforms.  These phenomena suggest that the core therapeutic work with these patients is helping them to develop a sense of sense that doesn’t depend on their screen experiences. That task is complicated by the near impossibility of screen abstinence in the digital age. Can technology be a sword to help fight technology overuse?

Dr. Cash: There are applications coming out for self-monitoring and other constructive purposes.  These can be useful for someone who is motivated, committed to recovery and health, and already practicing strong recovery behavior.  These self-help apps may also be particularly useful for teens, who are relatively more malleable than adults.

Dr. Wölfling: These apps may be more useful for misuse than for addiction.  There’s a difference.

Dr. Kardaras: There’s a continuum of problems, from moderate to severe.  There’s also a spectrum of clinical protocols applicable to patients at different points on that continuum.  Severely affected patients can have violent, psychotic episodes and display game transfer phenomena. Are more moderate users, who have less overt problems, more challenging? 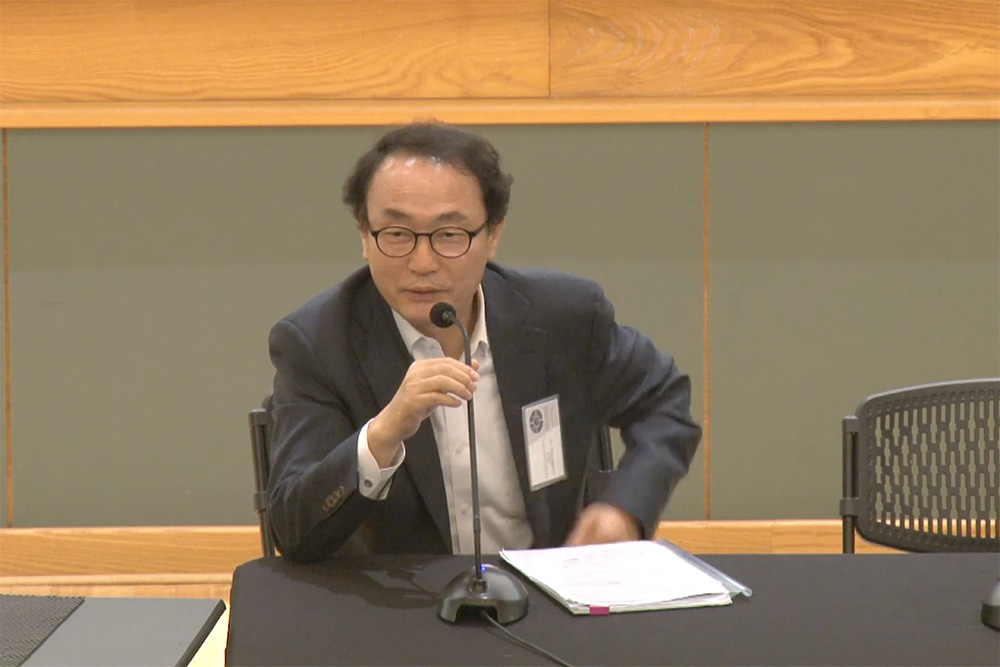 Dr. Wölfling: More moderate users may benefit from self-help apps.  In contrast, severe pathology resembles substance addiction and other addictive behaviors.  Severely affected patients need to abstain for at least a year from their particular form of problem behavior.  For example, if their problem is pornography, then even viewing it on television must be avoided.

Dr. Koh:  In South Korea, the Ministry of Health and Welfare and physicians want to take a disease approach to the Internet problem.  The gaming and communications companies counter that the behaviors at issue reflect our species’ evolution. Twenty-five hundred years ago, people only had to depend on their memory without letters. But as the letter was invented, people did not depend on their memory, and they can write down  important facts and record them. Humanity has evolved from the era of orals to the era of letters, from the era of memorization to the era of record. However, some people initially viewed this change as the degradation of mankind. This view may still existe. We may reconsider our view that digital use is treated as a disease  that needs to be cured. Of course, it is true that teenagers has shown problematic behaviors by overusing digital devices. It is wrong, however, that such problematic behavior should be treated like substance addiction. Rather, these temporary problematic behaviors can be seen as an opportunity to improve human competence in the new technology era. I think that medical and psychotherapists can play an important role  with this view.

This is the new reality, and seemingly problematic patterns of technology usage must be reconsidered in this context.  This view is gaining traction in Korea.

Dr. Kardaras: The automobile is a technology that’s here to stay, but five-year-olds aren’t necessarily neurologically equipped to drive.  The question of what technology is appropriate at what ages and developmental stages remains valid. 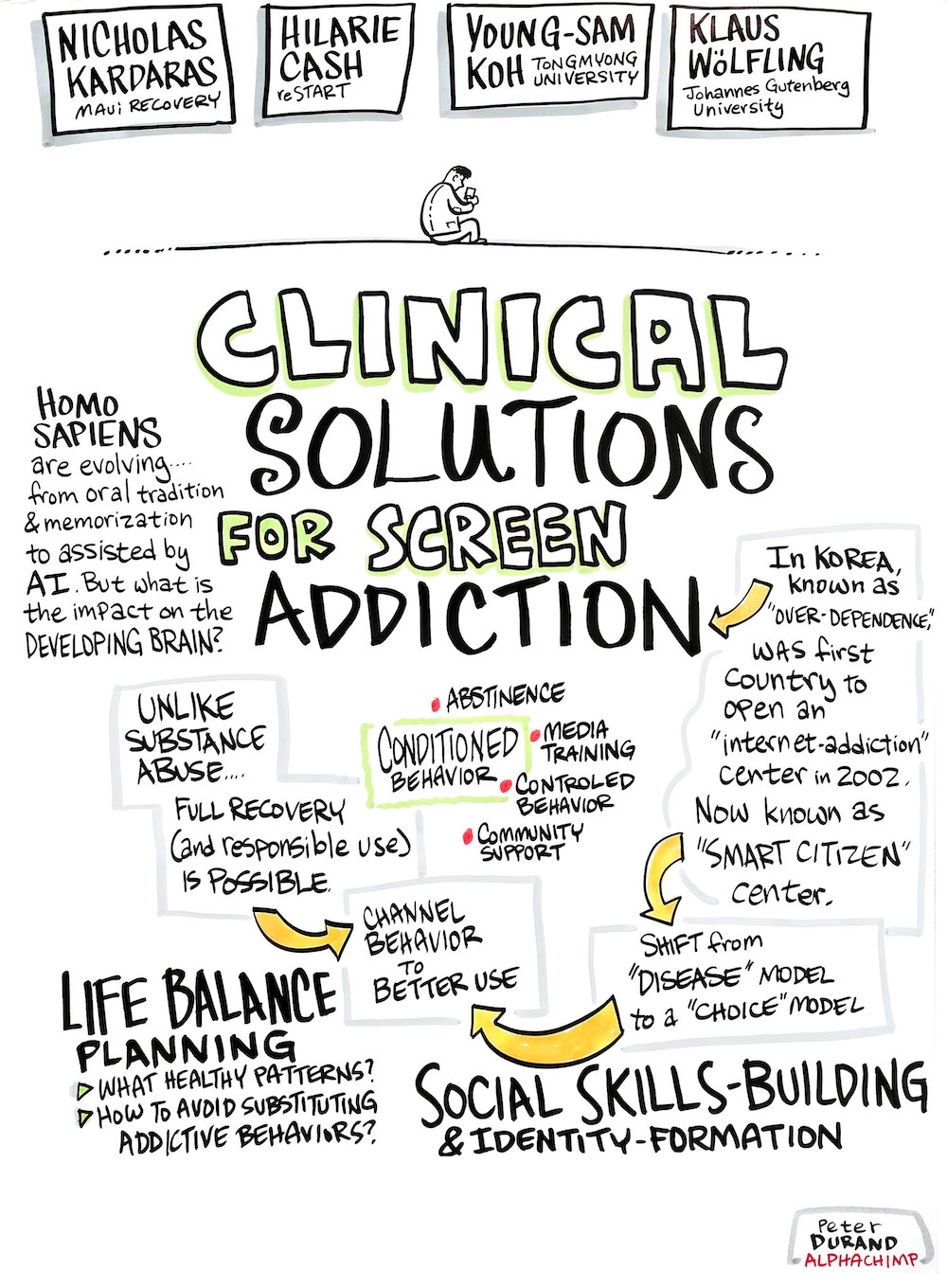 Audience Question: Addiction therapy always has been oriented toward the adult brain.  Therapy models are based on cognitive abilities. A juvenile with an incompletely developed prefrontal cortex can’t self-regulate and can’t use logic to understand his or her own behavior.  Is abstinence the only option for such young patients, who brain and logic don’t allow them to understand the very concept of addiction?

Dr. Wölfling: That’s one of the reasons that German group whose work was discussed above does intermediate training with adolescents, rather than psychotherapy.  It’s also why they try to reduce problematic behaviors as much as possible, rather than impose abstinence on such young patients.

Dr. Cash: The Cash approach does start teenagers with at least two-months of abstinence.  Victoria Dunkley’s advocates a similar period of abstinence to reset a child’s brain.  That prepares the young patient to absorb the psychoeducation and learn the new skills needed for normal functioning.

Dr. Kardaras: Neurosynaptic pathways are forming at a critical developmental stage.  Certain things can dampen or enhance those processes.

Audience Question (David Bickham, Boston Children’s Hospital): Boston Children’s Hospital recently opened the Center on Interactive Media and Internet Disorders.  How can we provide care to a broad community when insurance companies don’t recognize these types of needs?  Can a CBT or DBT approach work in situations where inpatient care (and the structured imposition of abstinence) is not available?

Dr. Wölfling: Outpatient treatment creates the opportunity to see how a patient reaches goals in the regular environment.  It’s hard to cultivate abstinence in this way, though. In the German program discussed here, eight patients in group therapy initiated abstinence together after the third or fourth week.  The group dynamic promoted healthy behavior for some, but not all. Two or three patients relapsed.

Dr. Kardaras: Most patients in outpatient settings have comorbidities such as anxiety and depression.  Most can be diagnosed with a variety of other billable mental disorders. In an Austin outpatient treatment program, nature immersion (as a complement to traditional treatment) brings elements of the residential experience to outpatients.

Dr. Cash: Community support – not just psychotherapeutic work, but also complementary 12-step work – is important for all recovering addicts.  These patients tend to be young people with poor social skills. They need remedial social opportunities with peers and professional who can provide them with a sense of community.

Audience Question (Tracy Markle, Digital Media Treatment and Education Center): Including parents and families in this therapeutic work contributes to long-term success.  In many cases, these patients’ parents have similar social and emotional awareness deficits.  How do you implement parental education and support into treatment programs?

Dr. Cash: Adult patients’ parents receive six sessions of coaching about how they can support the patient’s recovery.  Parents of adolescent patients are much more extensively included in their children’s therapy (frequently by phone, and less frequently through in-person parent workshops).    Failure to work on the family system can lead to difficulties.

Dr. Wölfling: It is important to work on the family system.

Clinical Solutions for Youth of the Digital Age Panel from Pamela DellaPietra on Vimeo.