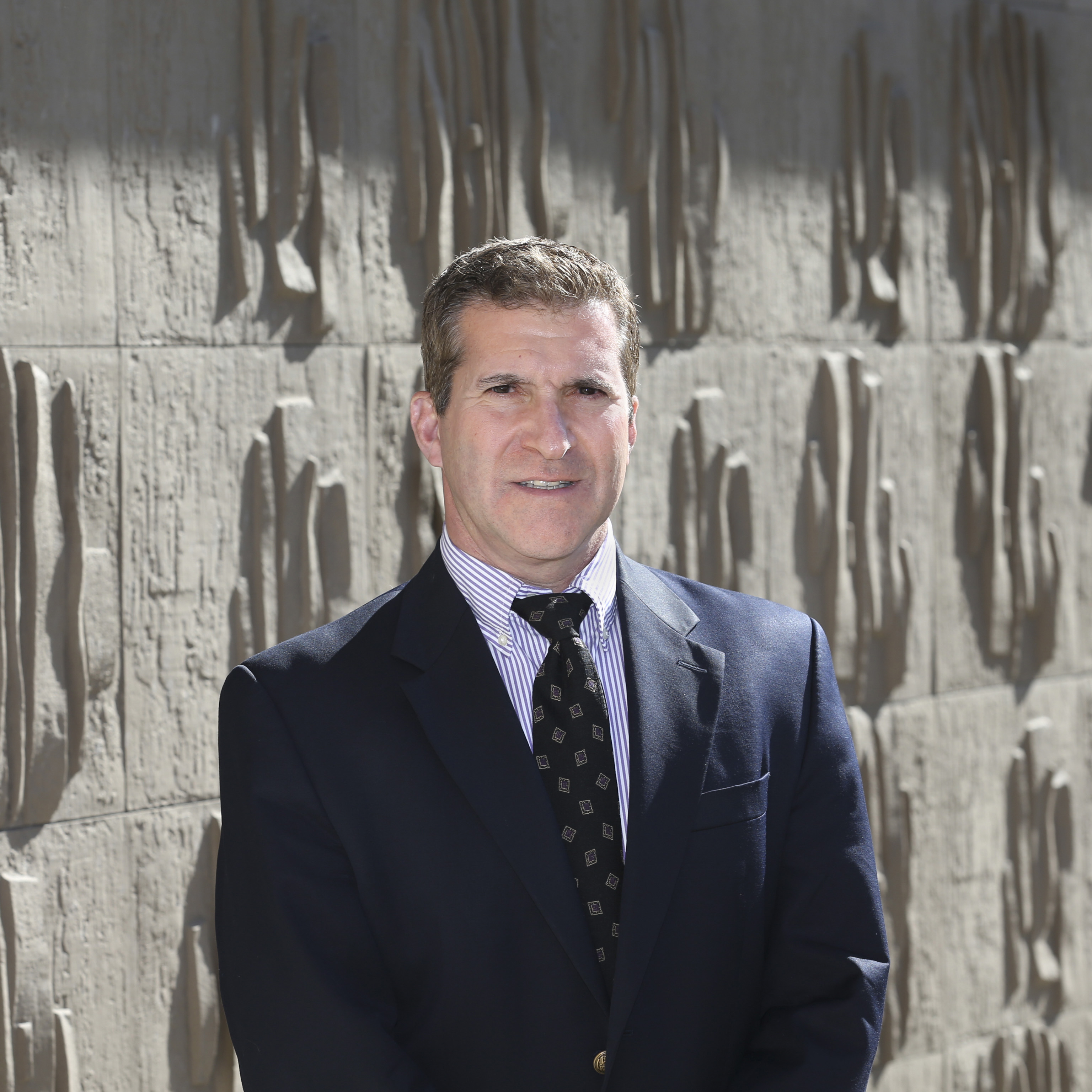 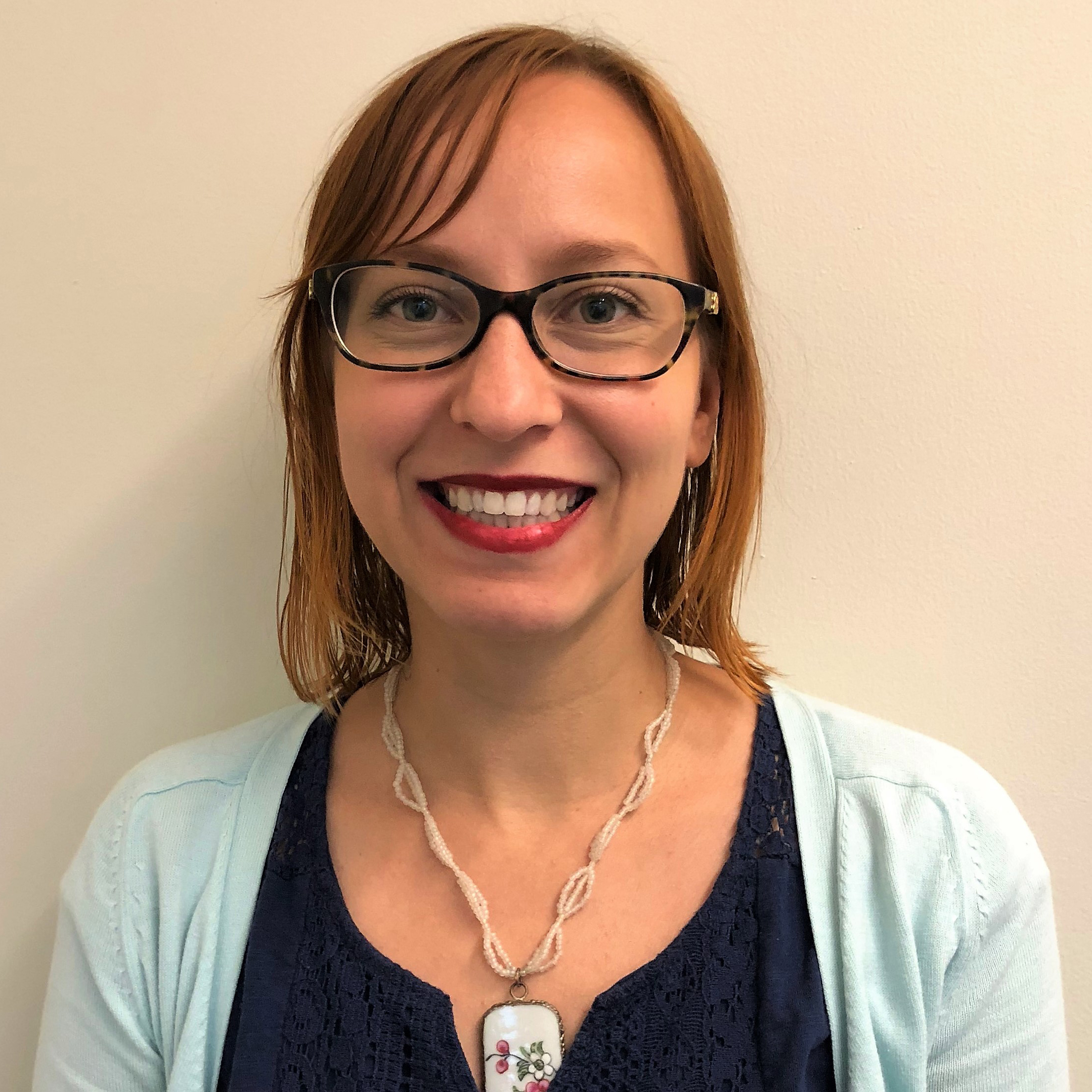 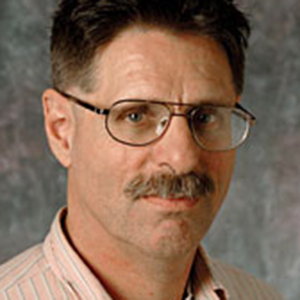 Department of Psychology, School of Arts and Sciences, Rutgers University 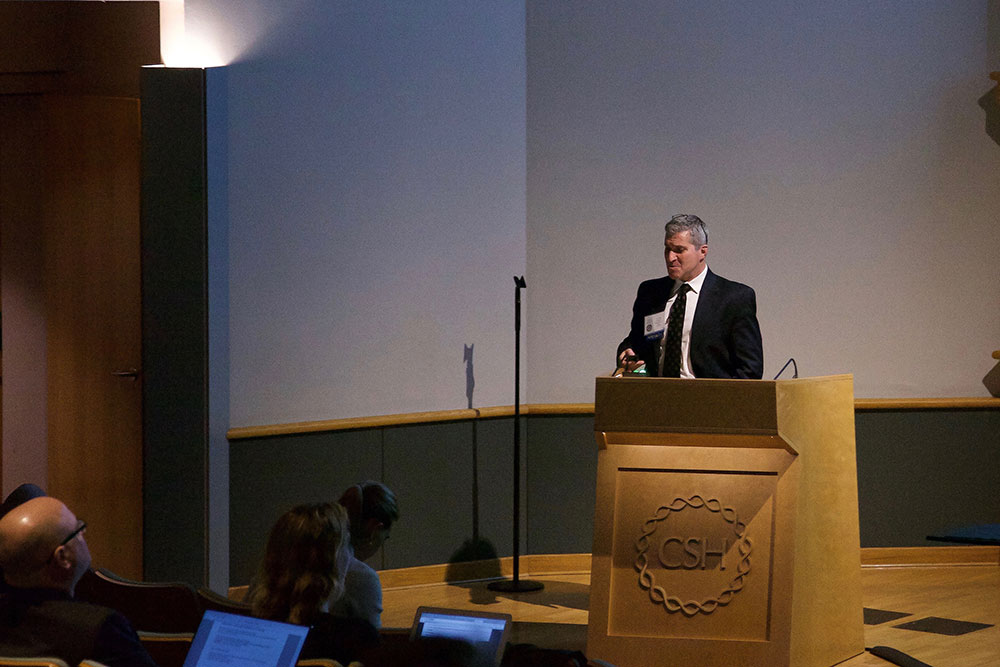 Dr. Dubow: Common Sense Media reports that 89% of people in the 12-17 age group now have smartphones.   In September 2018, the French government banned mobile phones from schools for students from preschool through age 15.  New York City banned phones from schools for ten years, but lifted that ban in 2015 in the face of pressure from parents who wanted to be able to reach their kids.

Anecdotes from midwestern schools provide additional context for considering the role of phones in schools today.   Some schools rely on campus-wide policies. Others give teachers more autonomy within their classrooms, or give more latitude to older students.  Educators in schools with one-computer-per-student programs don’t see a role for phones in classrooms. Where not every student has a computer, permissive phone policies are intended to provide necessary access to educational and administrative information.  Principals worry about academic integrity, distraction, over-texting parents, and the relative ease with which students subvert restrictions on their phone use. (Even in 2010, Pew reported that almost 80% of kids were texting in the classroom – even 58% in classrooms where phones were banned.)

Some school policies have different restrictions for younger and older students.  Others simply distinguish between class time and non-class time, or among different kinds of uses (such as making or transmitting recordings of others without their permission, or doing anything that might constitute a threat or harassment).  Educators’ complaints include fears about academic integrity, distraction, and the tendency for today’s students to record (rather than break up) fights at school.

Top Hat is an app that permits real-time classroom interaction.  Students use their phones to respond to instructors’ questions. Instructors get feedback on what students are and aren’t getting, and have the opportunity to adapt on the fly.

A British study published in 2015 compared secondary students’ standardized test scores before and after the adoption of cell phone bans.  Ninety-one schools participated, from four of the country’s largest cities. None of the schools had phone bans in place when the study started in 2012.  By the end, all but one did. The authors found that if a school banned cell phones and got its students to comply, then student test scores improved. The biggest driver of this effect was improvement by the schools’ most underachieving students.  There was no effect on students who were top performers before they had to give up their phones at school. 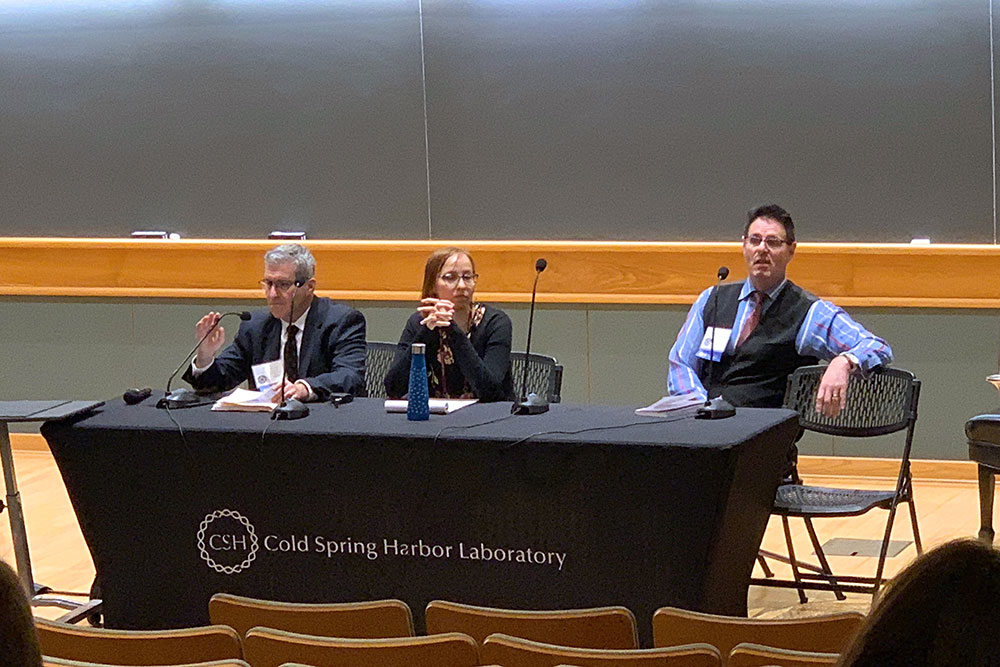 Dr. George: For adolescents, does owning a phone relate to academic achievement?  Is phone use getting kids in trouble? How much are they texting during school hours?  Data relevant to these questions are available from a pending study of more than 2100 North Carolina tweens and teens (ages 10-15).  About half of participants under age 12 had their own phones. That number reached around 75% by age 13, then moved gradually toward 85% for those 14 and older.  For each age group, approximately the same percentages had their own social media accounts.

At first glance, cross-sectional data showed that owning a mobile phone was associated with higher achievement scores and more conduct problems; however, after controlling for gender, race, family and neighborhood income, age, and various other covariates, there were no such associations.  As for social media, even after controlling for covariates, having a social media account was associated with lower standardized math test score, more conduct problems, and more psychological distress. It should be noted that the effect sizes were small and causation cannot be attributed.

These findings invited further questions about perceived impairment (not enough sleep, neglecting school work, can’t stop using tech once I stop, and so on).  Over 90% of the sample felt at least of these impairment symptoms occasionally. Just over 40% felt that way always or very often.  These percentages raise the question of whether they reflect problems, or just the pervasive state of adolescents’ minds.

These students also provided information intended to shed light on how their online issues might be bleeding into specific offline problems.    More than a quarter perceived that spillover effect. Ten percent felt nervous about going to school because of something that happened on social media the day before.  Four percent got into trouble at school because of something on social media. Perceived impairment and spillover consistently were linked to measure effects of achievement and wellbeing (lower standardized math and reading test scores, worse sense of school belonging, more conduct problems, and greater psychological distress), before and after controlling for covariates. 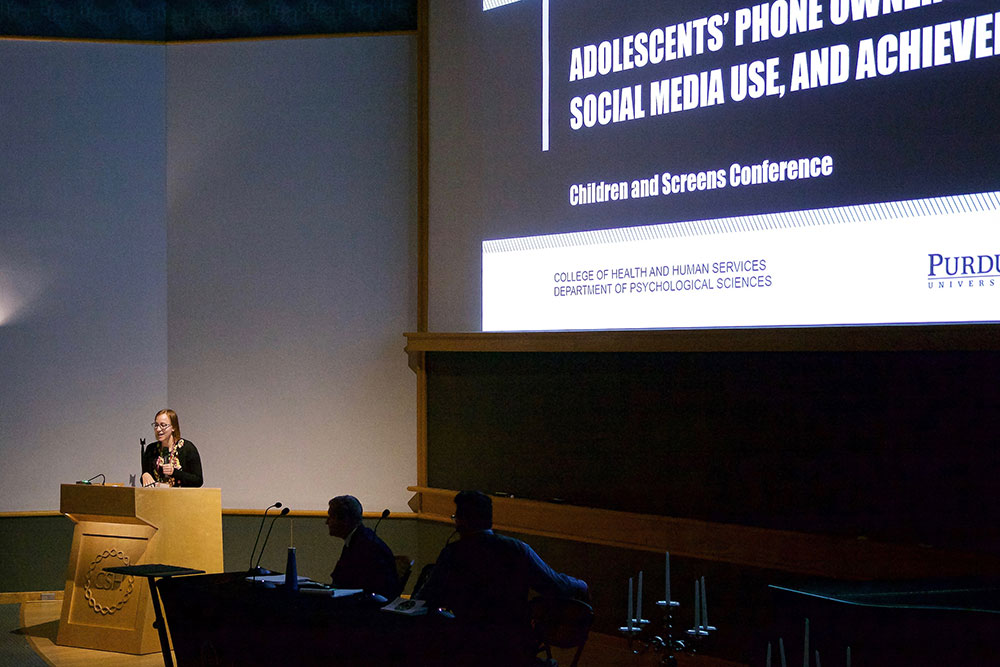 It may be that certain students are using social media in particular ways that distract them from school. (This may be a problem with technology in school, too.)  Girls were almost twice as likely as boys to report these problems (13% versus 6% felt nervous, and 5% versus 3% got in trouble). Black adolescents reported these issues more than their white counterparts (7% versus 3%), and kids from economically disadvantaged families (6%) did so more than those without such acute financial concerns (3%).  This speaks to the possibility of differential susceptibility. Racial, economic, and other differences may be creating vulnerabilities that social media use may be exacerbating.

The BlackBerry Project is now analyzing texting records from a cohort of high school students. They were given phones as 8th graders, and all of their texting on throughout high school was captured.  Four days of texts, for each year of high school, now have been observationally coded.  Most of their text messaging happened at night. Even during the school day, though, they sent or received an average of about 100 messages during school hours.  This begs the question, if you’re sending and receiving 100 messages during your school day, how is that affecting your learning process?

Dr. Glass: Instructional technologies can be evaluated by using a course-embedded experimental paradigm.  That is, a course designed to function as an experiment can provide the data needed to assess the effectiveness of tech-based teaching and learning tools.  To test technologies that might influence exam performance, a college course was constructed around a within-student, within-question, design counter-balanced across two back-to-back sections of students.  The sections met in consecutive time slots on both Tuesdays and Thursdays. The only difference between them was that phones, tablets, and laptops were banned from one section’s Tuesday class and from the other section’s Thursday class (except for answering in-class questions).  A proctor ensured compliance.

The course incorporated evaluative instruments that measure when each student learned a particular topic and whether he or she remembered it.  Questions sets contained four or more (usually, multiple-choice) questions, all of the answers to which were implied by the same factual statement or principle.  From each question set, there was a pre-lesson question available online before class, a classroom question, an online review question a week after each lecture, a unit exam question every month, and a final exam question, all of which called for essentially the same answer.   Permission to use electronic devices in class for non-academic purposes reduced unit exam, and final exam performance. On the final exam, performance was reduced from 87% to 80%. That is, performance is better for material that the students learn in classes in which electronic device use is banned.  This is a large and significant effect. 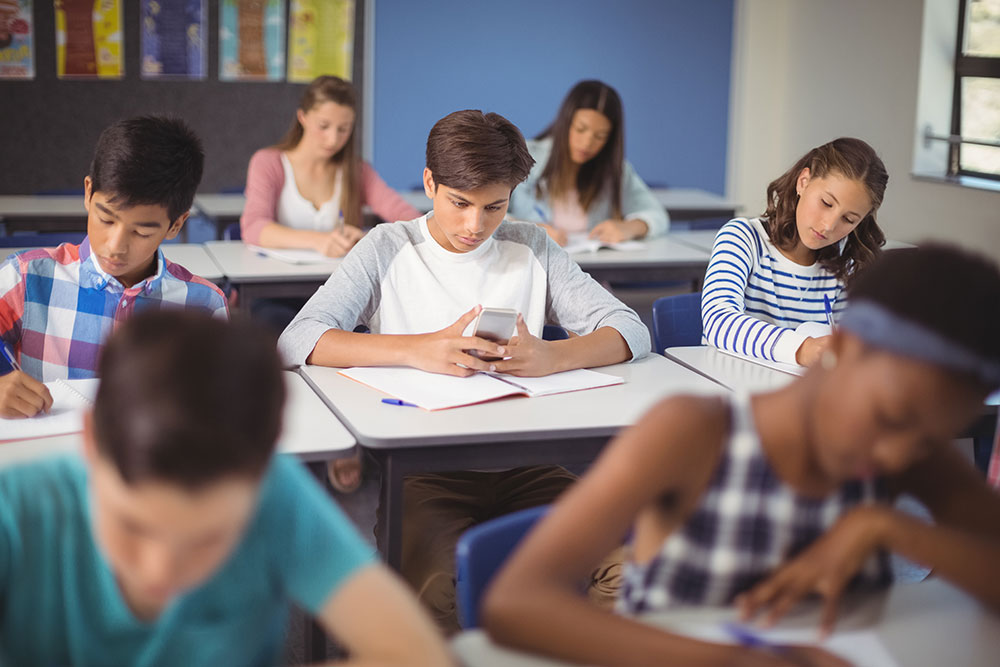 Divided attention affects cognition in three ways.  First, there is an immediate effect. When you’re responding to one thing, you’re missing something else.  Second, contrary to the 20th century’s most widely cited psychology paper, learning is not the byproduct of perception.  It is the byproduct of action. People remember the targets of their action, the actions themselves, and the consequences of those actions.  Study and learning – technically, “rehearsing” – is voluntary responding. That’s what generates memories. During a divided attention task, rehearsal is suppressed down to almost nothing.  This has an insidious long-term effect on retention. This helps explain why the difference between student cohorts with and without the electronics on Tuesdays grew from in-class quizzes to unit exams and the final.  The further you go out in time, the more your divided attention during a class shows up in the quality your memory of what you learned in that class. In addition, the presence of these devices in class causes performance declines even among students who don’t personally use them.

Another result from the course-embedded experimental paradigm is that an increasing number of students are getting no benefit from homework.  Students who are excelling on their homework, but underperforming on their final exams, demonstrate this. They are Googling or messaging others for their answers.  Because they are not performing the actions needed to create durable memories, they don’t have those memories to draw upon when they take their exams.  This phenomenon can be tracked over time. The percentage of students with extremely high homework performance and poor final exam performance – the “copiers” – rose steadily from under ten percent in 2009 to more than 25% in 2012.  It declined sharply in 2013, back down to the 10% range. Since then, though, the percentage of students who seem to be getting no benefit from homework has soared to 55%. If this continues, almost no students will learn anything from their homework by 2022.  By then, studies like this will be impossible. Time-tested instructional material will be useless. Some students will excel on their final exams, but they are likely to do so by cramming at the end of the semester rather than learning along the way. They will suffer more, to retain things less. 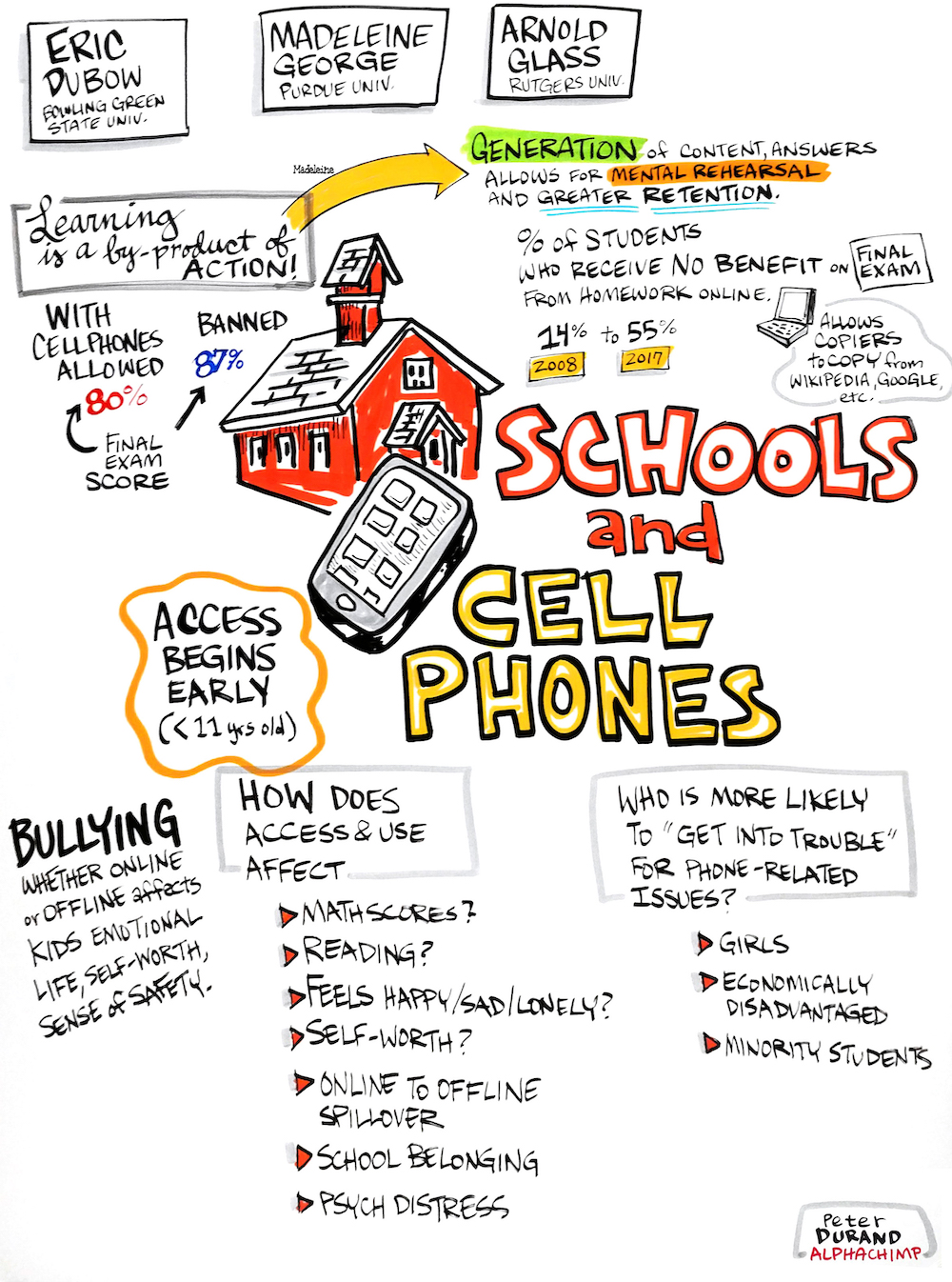 Audience Question: With respect to those who copied the answers from online sources, versus those who generated their own answers, how are they doing?

Dr. Glass: The generators do well.  It’s not exactly clear how they’re generating their answers, but laboratory research suggests that the ideal way is to read a paragraph and figure it out.  Even if you just guess and wait for feedback, you’ll still remember the content better than if you just copied it down. Guessing is a generating activity. Subsequent feedback connects with that, and reinforces the learning.

Audience Question: What about creating homework assignments the answers to which can’t be Googled?

Dr. Glass: Half the students don’t have this problem now.  They’re employing effective learning strategies.  No one is going to be revising their courses’ homework if they don’t know about this result.

Audience Question: What about reading books versus reading screens, and learning cursive?

Dr. George: There is some research to the effect that people who take notes by hand do better than those who type them.  This may be because you have to process the information, then generate your own word for expressing it (rather than just transcribing the teacher’s words).  There also is some emerging research on how print and digital media differ.

Audience Question: The “copier curve” (from the embedded research paradigm study of copiers versus generators) looks a lot like the curve for suicide.  It even has the same dip in 2013.

Dr. Glass: The copier versus generator difference is part of a larger phenomenon fundamentally affecting students.  As the instructional technology is telling us, we’re getting more responses to in-class question than we’re getting students in class.  The students who aren’t showing up don’t think that they’re doing anything wrong. They think that they’re multi-tasking by turning a live class into an online one.  They have disassociated from reality. For them, their cell phone is reality. That’s terrible. Human beings are not designed to live in this artificial world.

Cellphones in Schools from Pamela DellaPietra on Vimeo.