Research On the Impact of Digital Media on Early Childhood 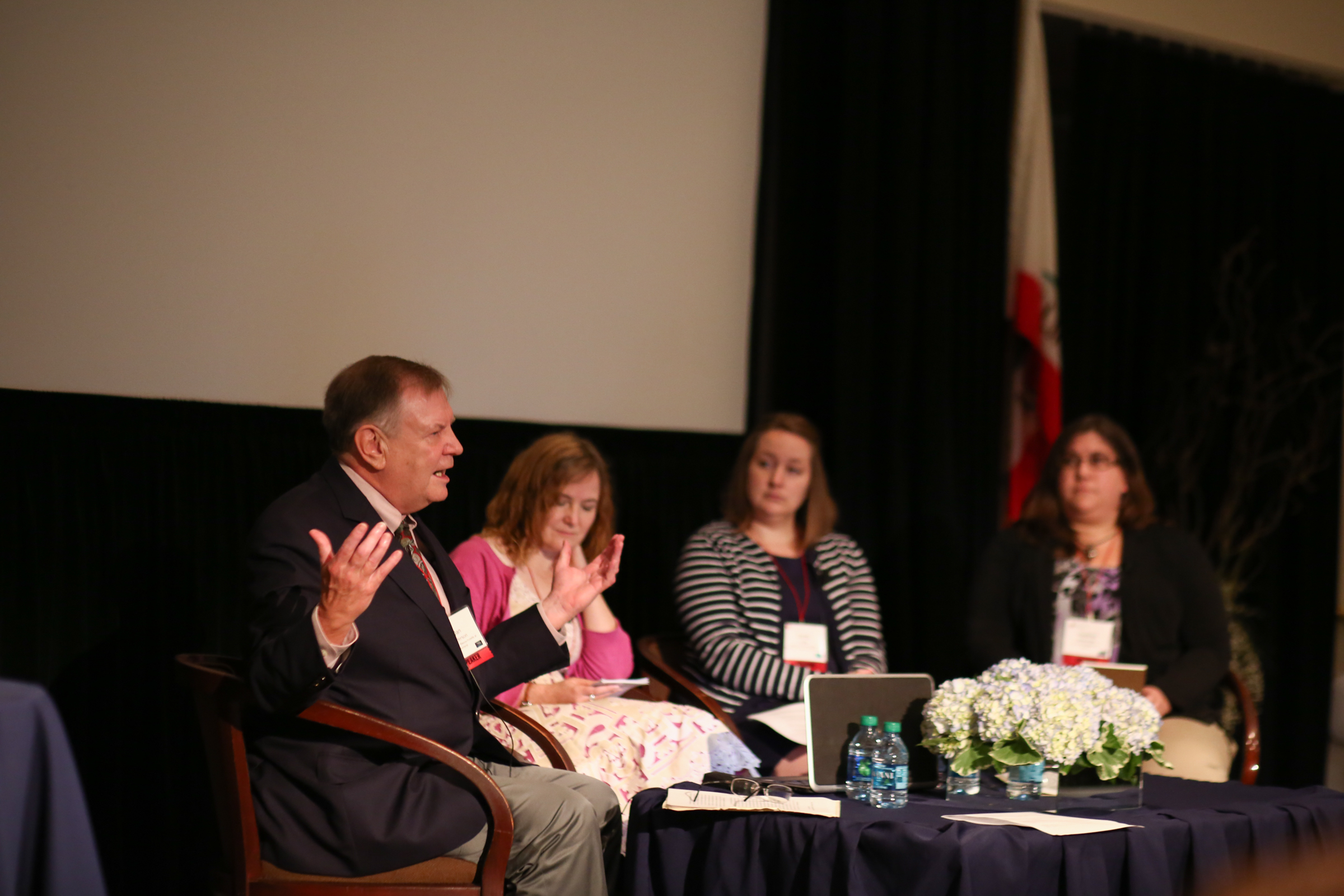 Children under 2-1/2 years old find it cognitively demanding to decode the meaning of audiovisual programs. Changing images and sounds stimulate them, but children cannot always make sense of how those images and sounds relate to each other to tell a story.  Despite this, children as young as 4-6 months now watch a lot of television.  This is in sharp contrast to the 1970s, when TV viewing earlier than 2-1/2 was rare.  Almost no content was targeted at that age group then.  That is no longer true. 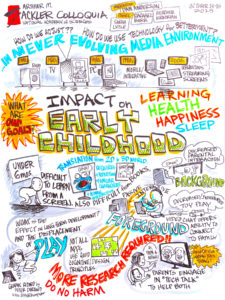 Little research has been done on the neurophysiological, neuroanatomical, and epigenetic effects of such young children’s screen use.  Ethical and practical obstacles inhibited such research in the past.  Now, new technologies such as magnetoencephelography and near-infrared optical imaging are removing those obstacles.  These and other new tools will enable us to make direct observations of media-related brain effects even before those effects express themselves behaviorally.

We know already that children have difficulty taking information from a screen and applying it in three dimensions.  This “video deficit” or “transfer deficit” can be mitigated by including an adult companion in the child’s screen learning experience, or even by including more than one child in the screen learning experience.  The shift from passive to active and interactive media is adding to our list of questions.  Initial findings regarding the different effects of passive and interactive screen learning indicate that there are important differences at different stages of children’s early development.

We need to take insights from learning science, combine them with what we know about pediatric developmental neurology and cognitive psychology, and more vigorously investigate how to design optimal apps, devices, and learning experiences for children.  Doing so will require studies that account for three key factors: cognitive development, content differences, and the richness or poverty of social contexts (including the scaffolding roles of parents, teachers, and other caregivers).

Audience Question:
Are researchers in touch with app creators, as has happened somewhat with educational TV?

Audience Question:
What do we know about the prevalence of background television, in light of the rise of mobile devices?

Answer:
Barr notes that background TV remains prevalent.  In a recent study of Latino mothers in low-income neighborhoods, background TV was found to still be an important part of the home environment.  She expects that to change, but it would be interesting to track it going forward.  An audience member noted that the use of individual tablet devices would also be important to monitor moving forward as this may constitute a new type of background media for the child.

Audience Question:
Self-defined “educational videos” seems to be displacing play in early childhood.  What work is being done in this area?

Answer:
From the audience, someone else noted the Common Core might be influencing this process.

Audience Question:  Can we develop criteria for what reasonably can be advertised as an “educational app” in the marketplace?

Answer:  (Kirkorian) A recently published paper sheds some light on this.  There already are some evidence-based guesses emerging, but not yet enough to generate administrable, evidence-based principles.  (Lytle) The task of generating such ratings would be overwhelming.  It may be better to approach this issue by promoting evaluative principles with which to equip parents and educators. (Barr) Barr and a colleague looked at educational claims for infant-directed media.  They found that such claims were not consistently supported.  Such work can be done for apps, but she agrees that the pursuit of larger guiding principles is a constructive approach.

Audience Question:
Sleep researcher Lauren Hale comments that learning is not the only outcome that concerns us.  We want children to achieve health, happiness, and sleep.  She asks about the consideration of timing issues (when interactive media are being delivered.

Answer:
(Anderson) An unpublished study suggests that media use seems to be a major influencer of sleep behavior.  Hale responds that passive and interactive need to be distinguished in this context.

Audience Question:
Len Ostreicher observes a bias in the conversation toward how to integrate media into early childhood.  Why not consider that if the goal is to promote social interaction, maybe interactive media should be excluded in the home?

Answer:
(Anderson) Children and parents aren’t going to stop using media just because experts say they should. The same kinds of   questions were being asked about TV 50 years ago. Mr. Rogers and Sesame Street showed that media could be used for positive impact.