Digital Media and the Social Lives of Tweens and Teens 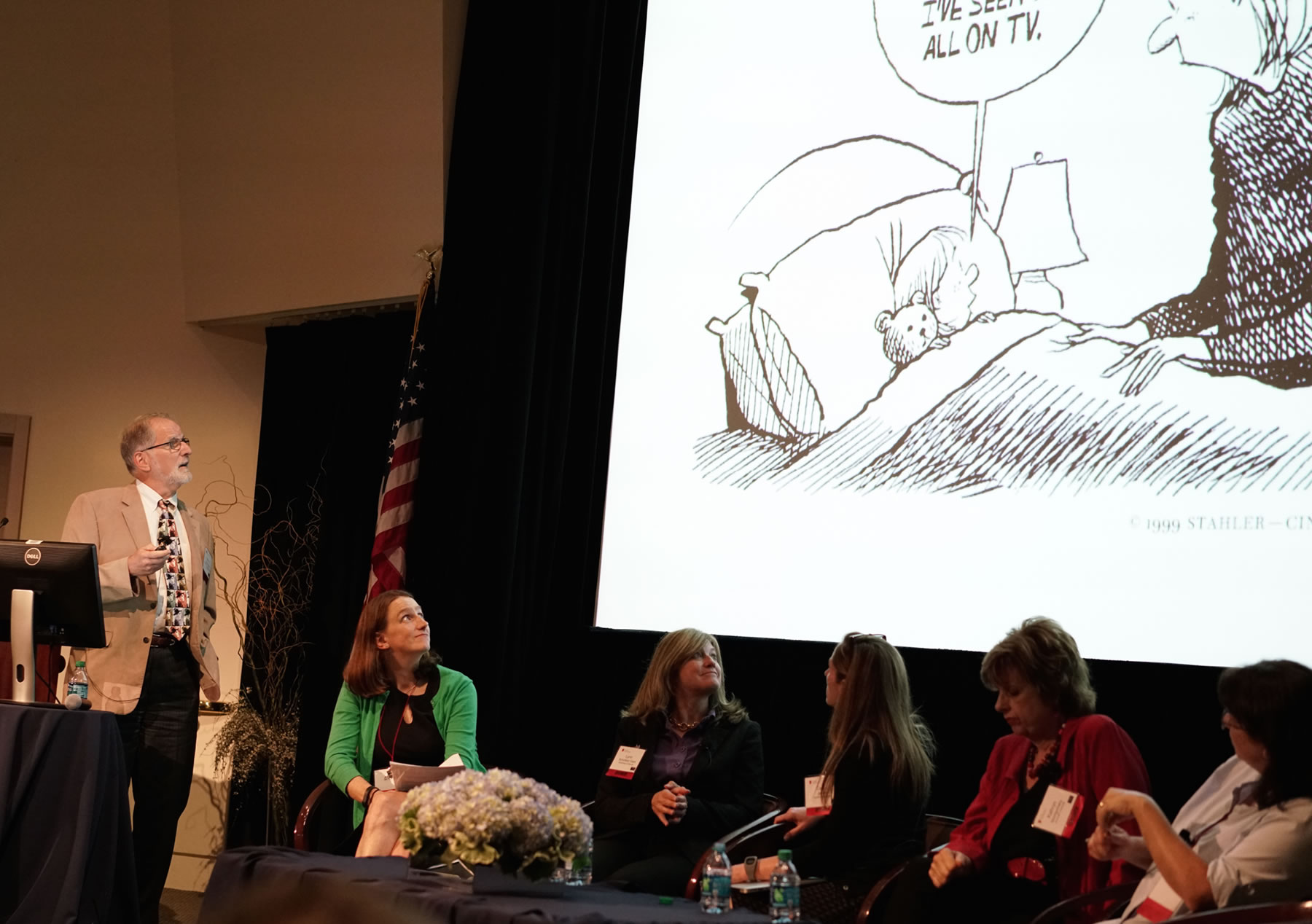 Lynn Schofield Clark, PhD
Professor and Chair of the Department
of Media, Film and Journalism Studies,
and Director of the Estlow International
Center for Journalism and New Media
University of Denver

In the US, 87% of teens 13-17 have access to desktop or laptop computers, and 73% have smartphones (up from less than 50% just three years ago).  Digging more deeply into these aggregate numbers reveals differences among teens on different sides of certain persistent social boundaries. African-American and Latino youths have less access to desktops and laptops than others, but smartphone technology has more deeply penetrated those two communities. Similarly, the percentage of African-American teens who report being online almost constantly is much higher than for their counterparts from other ethnic groups.

In this age group, teens do not always have the opportunity to interact with friends in-person as they prefer – only 25% of respondents reported that they spoke to their friends face-to-face, outside of school every day. Phone conversations are considered intimate interactions with only 19% of teens talk with their friends daily by phone.  The bulk of teen communication occurs via text messaging; more than half communicated every day through text messages, and the rest conducted most of their other interactions by instant messaging, social media, and (especially among boys) networked video gaming. 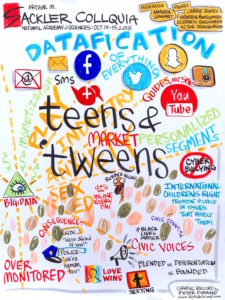 Despite this wide range of communications options, young people (especially young people of color) perceive themselves and their voices to be disrespected.  They see themselves as living in a society, not of robust expression, but of surveillance and control.  This may explain why 20% of 15-25 year olds try to keep their political opinions off of social networks, and why they become more sensitive to adult surveillance and the risk of provoking conflict as they grow older.

Research and policy changes are needed to reflect the disappearance of boundaries between “screen time” and “other time”.  Among the topics requiring particular consideration are: (i) new models for “media effects” that distinguish between exposure and engagement; (ii) the integration of media and social experiences; (iii) appropriate ethical principles and research protocols; (iv) the need for cross-platform privacy principles and policy-oriented research; and (v) the deployment of peers and near-peers to overcome the “code of silence” that adult researchers encounter.

Cyberbullying requires reconsideration.  Because of the potentially significant difference between the intended and actual effects of online communications, tweens and teens are feeling victimized even when there are no identifiable perpetrators. “Self-cyberbullying” is complicating efforts to understand bullying-related phenomena.  In a recent four-year study of 1500 teens, 14-16% created fictitious online personae and bullied themselves at least once a year (and 60% of those who did this did it repeatedly).

Much of what we know about the influence of media on sexual behavior comes from TV research.  More than 20 longitudinal studies have shown that kids exposed to more sex on TV are more likely to initiate their first sexual intercourse and to have first intercourse at a younger age.  No analogous data is available on online sexual content’s effects.  The variety of digital sexual content being accessed, and even being generated, by young people further complicates research in this area.  So does the lack of standardized definitions.  For example, there are about 30 prevalence/incidence studies of sexting, but they use various definitions of that term and show rates ranging from 1.5% to 20%.  However defined, we do know that this kind of behavior is more than thrill-seeking or reckless self-expression. A high proportion of youths engaging in this behavior are doing so in response to perceived pressure from others.