Digital Immersion in Children and Adolescents:
Addiction or Obsession? 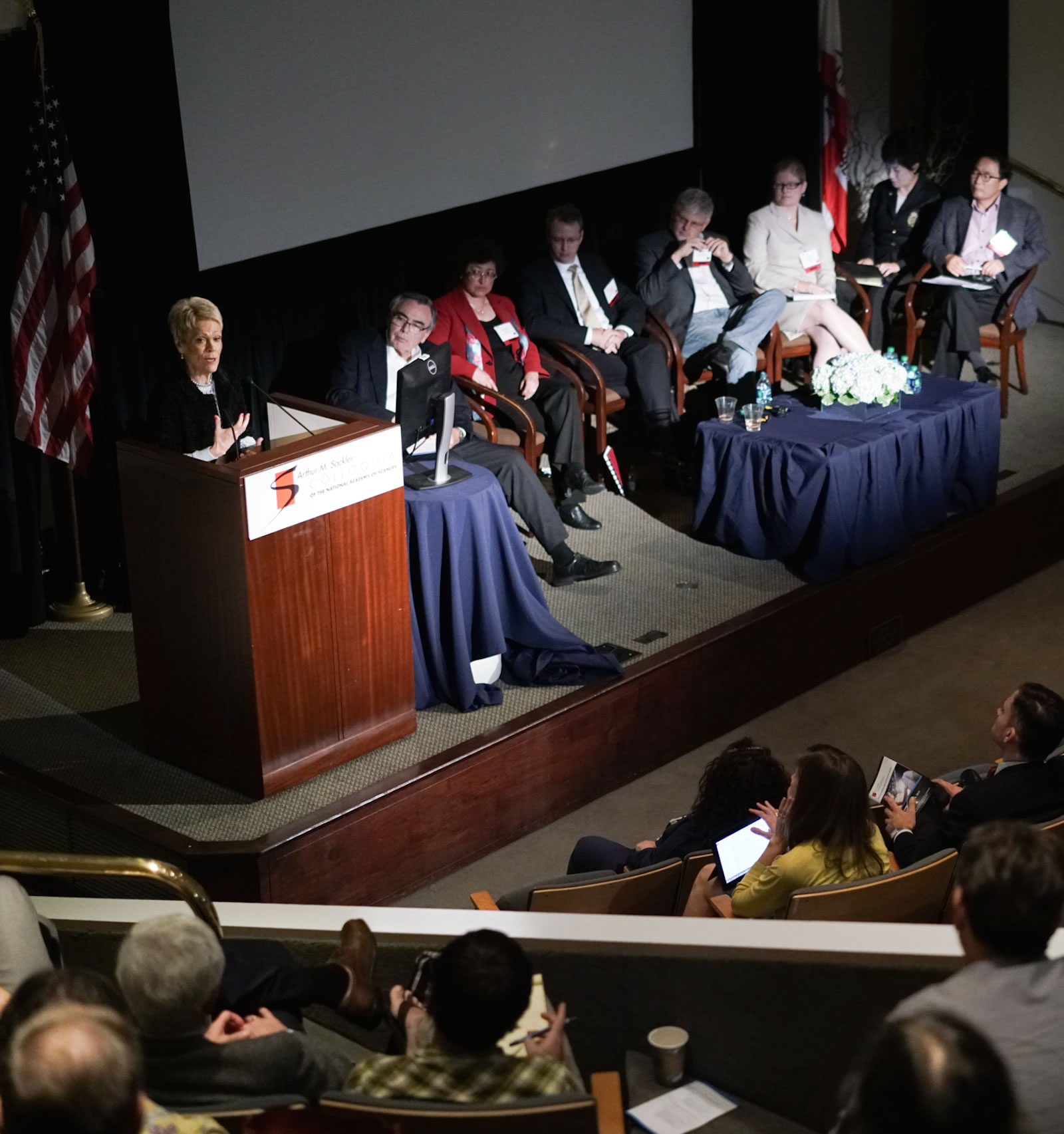 Charles O’Brien, MD, PhD
Chairman of the Committee Charged with Evaluating Whether to Incorporate Internet addiction in the New DSM-V, University of Pennsylvania

Addiction, at its core, is the reliable activation of the reward system in such a way that it produces very intense learning that you can’t readily erase or switch off.  Internet addiction is being considered for inclusion in diagnostic category in the next edition of the American Psychiatric Association’s Diagnostic and Statistical Manual of Mental Disorders (“DSM”).

Increasingly abundant neurological evidence (triggering cues inducing blood flow, release of dopamine, etc.) supports the view that Internet addiction is real.  Recent brain imaging studies suggest that a biomarker may be found that shows fairly specific changes in brain reactivity in response to Internet stimuli.  To date, though, no biomarkers associated with Internet addiction have been found.  Without biomarkers, psychiatrists must rely on interview tools to identify emergent mental health conditions.  The Internet Addiction Diagnostic Questionnaire started as a mark-up of a diagnostic survey for pathological gambling. 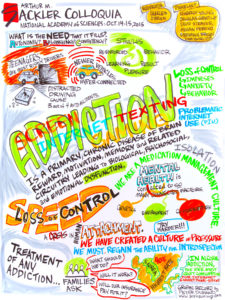 There is broad support for the moderation of children’s digital media exposure, but no apparent consensus behind any particular set of guidelines.  One current approach recommends no screen time for children under 3, an hour a day for children 3-6, supervised use for children 6-9, and no more than 2 hours of daily use for children 9-12.  (Adolescents are expected to make their own independent decisions about screen time.)

National data indicate that roughly 8% of gamers 8-18 (more than 3 million young people) are would classify as having a problem with video games.  Despite this data, definitional debates continue.  A case can be made that the debate over how to measure Internet Gaming Disorder is somewhat overblown, because all the competing methods seem to yield nearly the same results.  The controversy could be defused by a consensus determination that the same diagnostic dysfunctions, risk factors, and treatments are relevant to the whole universe of pathological digital media behaviors.  They may be classified as different morphologies of the same underlying condition (“Internet Gaming Disorder”), and not as wholly different taxons (until sufficient evidence suggests otherwise).  As for the dispute about whether Internet Gaming Addiction is a primary or secondary diagnosis, a clinician treats the whole patient, regardless of which issue was sequentially first or second.  In other words, the practical, clinical dimension of this issue is perhaps of more importance than a somewhat academic argument over primacy.

The distraction-as-impairment paradigm supports the analogy between Internet addiction and other, more established addictions.  For example, three-quarters of fatal car accidents involve some distracted driving.  Phone rings and text notifications are being found to trigger the release of dopamine, creating a real pressure to respond.  Heavy phone users and heavy media multitaskers demonstrate high impulsivity, high sensation seeking, and low working memory capacity.  This set of attributes seems ill suited to anyone operating a motor vehicle.  Teens are most likely to engage in distracting activity.  They generally fail to appreciate the risks of phone use in their cars, and to act on the assumption that anything allowed in the car is safe to use in the car.  This may portend a bigger problem in the future regarding digital media distraction and auto safety.

Another perspective adds a psychodynamic, developmental view to understand Internet Addiction as an attachment disorder related to our cultural obsession with speed. This school of thought posits a “societal addiction” characterized by a change in cultural values and beliefs that (i) sacrifice a model of learning-through-engagement for the sake of immediate reward, (ii) foster a culture-wide regression to a four-year-old level of development characterized by a dominance of impulse, which reinforces instant panic and infantile confusion, and (iii) reinforce the inability to quiet one’s emotions. Individuals of all ages become addicted to the internet and to the cultural pursuit of always seeking more while never stopping. This is addiction. The inability to recognize or interrupt this loss of control leads to false diagnoses of mental illness, unnecessary medication to treat the wrong problem, and a failure to address the unacknowledged dominance of grandiose, societal definitions of progress and success that are driving society to become out of control. We believe we are exceptional people who are entitled to live without limits of any kind. The regressive dominance of impulse that follows produces confusion, fear, panic and terror that keep the cycle going. People cannot stop because they believe there is an answer that lies outside of their internal control.  There is a button to push. Press it!

Adults must turn back to self-reflection to regain a capacity for self-regulation. Adults accept the responsibility for limits which they then model for their children.

Yet another perspective is that the behaviors about which the addiction debate rages may be thought of as “Problematic Internet Use”.  An 18-item screening tool exists with which to identify children at risk of “PIU”.  Its creators are trying to winnow those 18 screening items down to 3.  This may be a decisive, practical step toward both evidence-based treatment and evidence-based insurance practices.

Despite the controversy over this condition’s clinical definition and diagnosis, Internet addiction already exists as a clinical field here in the US. South Korea, China, and certain other countries already have robust clinical infrastructure to address this conditions.  Korea and China treat Internet addiction as an epidemic, and devote substantial societal resources to screening, diagnosis, prevention, and treatment services. 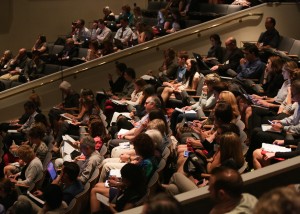 In South Korea, the Internet addiction rate is 7% in the general population, but 12.5% among adolescents.  That rate has decreased every year since tracking began in 2004, but smartphone addiction is now 14% in the general population and 30% among adolescents.  The poor, unemployed, immigrants, and the disabled are most vulnerable.  Evidence is beginning to appear that susceptibility extends to toddlers and the middle-aged.

Widespread legal and enforcement mechanisms have been implemented in Korea that might be culturally unacceptable in the more individualistic US.  (For example, Korea bans children and adolescents from Internet use after midnight.) Eight government bureaus collaborate on this issue.  They support 23 free counseling centers, 200 dedicated adolescent counseling centers, and another 200 for healthy families.  Treatment also is available at five Korean mental hospitals.

China’s approach differs significantly from Korea’s.  China treats Internet addiction in the same way as it treats alcoholism.    The Chinese also use disincentives (loss of in-game credits) to punish people who play games for more than 5 hours, and strip the licenses from Internet cafes that allow children.

“I would like to explain how South Korea’s government is dealing with the smart phone addiction problem.

82.5% of my nation uses a smart phone. But the problem is smart phone addiction. 14.2% of the nation belongs to a potential addiction group and in the adolescent’s case, the number reaches 29.2%. As you may know, this problem is a very big issue in my nation.

The government built a 3-year Master Plan as stated in law to treat the smart phone addiction problem.”