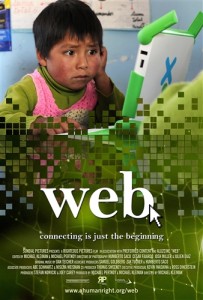 Web – connecting is just the beginning. 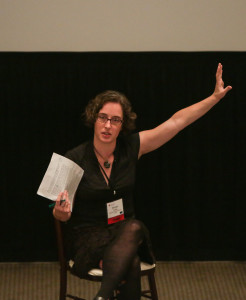 The discussion of the movie WEB explored the unique challenges facing children in the developing world and the role, if any, that the project One Laptop Per Child (OLPC) had in responding to these challenges. Our group noted research suggesting that the grandiose vision for OLPC has not been achieved based on findings from follow-up studies reporting insignificant benefits. These findings were attributed in part to the absence of systematic implementation in the school systems and teacher training. After the novelty wore off, children stopped using the laptops and governments stopped purchasing them.

The discussion focused on two levels: the level of the project itself, and the level of the movie as a representation of that project. Following a description of the vision and history of OLPC, we discussed the various explanations provided for what is perceived today by many as the failure of the project to achieve its goals of bringing progress to marginalized children. Criticisms ranged from discussion of logistical issues (technology, design, price, competitions with other cheap products), to larger issues about “techno utopia” – the belief that technology can bring progress and resolve pervasive sociological and cultural inequalities characterizing the human condition around the globe. 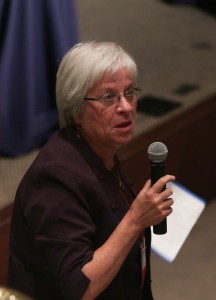 Dr. Greenfield’s introduction to the film: 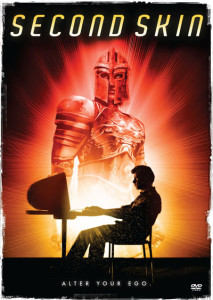 Documentary: challenges to our assumptions relating to friendships and romantic relationships

Korea now has a national policy for treating and preventing Internet addiction. According to Dr. Koh, who spoke earlier today at this conference, as countries become as informatized as Korea, they too will follow in Korea’s footsteps in seeing this as a problem area. And as we also saw earlier today, the new diagnostic manual of the American Psychiatric Association, DSM-V, notes that Internet Gaming Disorder is a condition warranting more clinical research and experience, with a view to considering whether it may be included in the future in the diagnostic manual as a formal disorder. The film tonight takes a look at Internet Gaming Disorder: taking the form of addiction to Massively Multiplayer Online Role Playing Games (acronym: MMORPG).

Here are some of the symptoms that have been identified in scientific reports used by the DSMV; they are shown, up close and personal, in the film’s case studies: “Gamers play compulsively, to the exclusion of other interests, and their persistent and recurrent online activity results in clinically significant impairment or distress. People with this condition endanger their academic or job functioning because of the amount of time they spend playing. They experience symptoms of withdrawal when pulled away from gaming.”

second_skinThe DSM briefing goes on to say “Much of this literature stems from evidence from Asian countries and centers on young males. The studies suggest that when these individuals are engrossed in Internet games, certain pathways in their brains are triggered in the same direct and intense way that a drug addict’s brain is affected by a particular substance. The gaming prompts a neurological response that influences feelings of pleasure and reward, and the result, in the extreme, is manifested as addictive behavior.”

For a comprehensive overview of the research in this area on neural responses and therapeutic approaches, I recommend to you a new book edited by Christian Montag and Martin Reuter, Internet Addiction: Neuroscientific Approaches and Therapeutical Interventions.

So for us interested in screens and human development, learning more about the lived experience of Internet gaming disorder is one of the important benefits of seeing Second Skin.

This disorder is of course a danger of these games. But the film also portrays a benefit: In the online gaming community, no one knows or cares if you are disabled – you can function as an able-bodied player and community member. And this is an exhilarating experience for those afflicted. This is another important message of the film for those of us interested in screens and human development.

So keep these points in mind as you watch this wonderful documentary film for the next 95 minutes. The film contains much, much more than this – e.g., challenges to our assumptions relating to friendships and romantic relationships. After the film we will have the privilege of delving into many important issues – and whatever interests you – in Q&A with the film’s director, cinematographer, and editor, Juan Carlos Piñeiro Escoriaza, who has generously traveled to Irvine to be with us this evening. 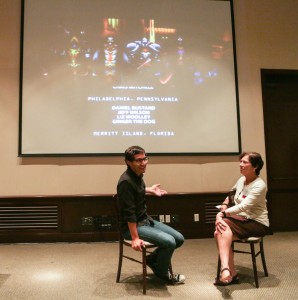